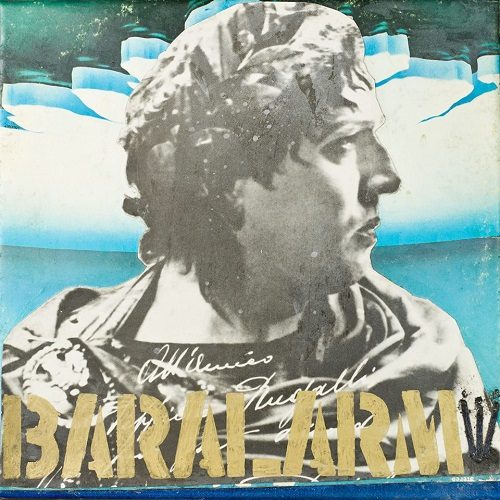 BarAlarm :: Welcome to the World

In music as well as in life, one thing leads to another, and Drapetomania led to BarAlarm. It’s yet another project from the incredibly diverse and talented Branch Out Collective, who never fail to impress me with their abilities nor their willingness to break from the lock step of the national hip-hop mindset. I think that may be in part because of their roots in Ann Arbor, Michigan – a place I can tell you from personal experience is the closest thing to a hippie enclave outside of Southern California. What I can’t tell you is why they vow that “BarAlarm(‘s) Back Now,” because before I was sent this album I didn’t even know they were gone.

So far as I can tell, this branch of the tree consists of Ashod the God, Clavius Crates and Professor Megablown. This is a pretty quick album by Branch Out standards, clocking in at less than 30 minutes, but they take full advantage of that time. Clavius produces the majority of the 10 tracks and his talents are put to their full use. The reverberating boom bap of “Ruff Blades” featuring The Blaine Nash is a swinging toe-tapper that’s very hard to resist. “Olympic Habits” has a snappy bass that sets off the bars lovely. The whistling melody opening “Welcome to the World” f/ Drapetomania is addictive – you hear it once and it’s stuck in your head.

Even when Clavius is not behind the boards, the rest of the crew step up and put in work, such as Megablown’s jazzy Hiero-esque backdrop for “Land Lords.” The song also features one of my favorite punchlines of the entire release: “I know I got game like the Unreal engine/don’t mention it, when I render it.”

This one is being released digitally with the “Name Your Own Price” option, but as I often like to do with such albums, I’m going to suggest a price for you. Since this is a relatively short album, and there are many other worthwhile albums in the collective to pay for, I think $7.99 is the ball park figure. Higher would be diminishing returns for a half hour of music, and lower would be an insult. This one’s worth the investment.