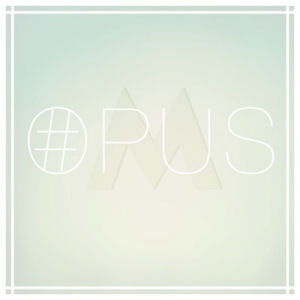 Simply stated, “opus” is latin for “work,” and generally refers to a classical musical composition (Beethoven, Chopin, Faure, et cetera). You may have also seen or heard the word in the phrase “magnum opus,” which refers to a “great work” beyond the pale of all others by a single artist. By the time of my childhood though both uses were being supplanted by a cartoon strip penguin whose butt seemed to constantly fall off. I doubt any of the classical composers who the word “opus” is attached to would mind. In fact many of them based the opus # they gave a work on its commercial value, rather than sequentially numbering their works in the order they were written. One composer had five separate “Opus No. 12” in his lifetime.

Judging by his publicity photo, Malek definitely wants you to draw a comparison to composers of days past, since not many rap artists are seen in a suit and bowtie. He certainly doesn’t need to walk with a limp and talk with street slang to get your attention – his music will do all the talking for him. It’s certainly garnered him success so far. He’s been a semi-finalist in a competition sponsored by Red Bull, finished in the top four at the One Stop Producer’s Conference, and even won an ASCAP “I Create Music” showcase. Skills to pay the bills? Undoubtedly. All the Californian lacks is mainstream exposure, which DM360 is aiming to give him by making “Opus” free.

Malek’s “#Analogic” shows his willingness to embrace a whimsical, electronic musical style that would fit well in a retro style 1980’s platforming video game. It’s not quite a chiptune, but the spartan white noise drum track and simple appealing melody certainly suggest one. On “Back to the Basics” he goes more organic, with piano keys dominating the presentation, although hints of his electronic style still linger underneath it. An uncredited vocalist (possibly Malek himself) adds a rare singing touch to this mostly instrumental album.

Most of his compositions fall somewhere comfortably between the two. “Good vs. Evil” doesn’t seem as epic as its title suggests, but that doesn’t make its smooth transitions from one synthesized melody to another any less pleasant – meandering away from and returning to a core theme and only getting slightly dark at the tail end. “Distance” is the kind of song I’d want to hear in the background while playing “Bit Trip Runner,” while “Zephyr” is the gentle tinkle of ivories you want playing while slowly and tenderly caressing a partner. It echoes off the walls like you’re sitting in a concert hall.

It’s not necessarily easy to pinpoint if Malek’s melodies can transition to today’s world of hip-hop easily, given that “swag” in your beats and rhymes tends to be a predominant theme. There’s an inherent gentleness to him that’s too soft to be swag, and yet I could see Childish Gambino or Lupe Fiasco getting down over Malek’s instrumentals given their willingness to take a road less traveled.

I don’t know if Malek is far enough along for his works to be considered classical masterpieces (and many great composers didn’t live long enough to be recognized in their lifetime) but he’s got a good start at making a name for himself.