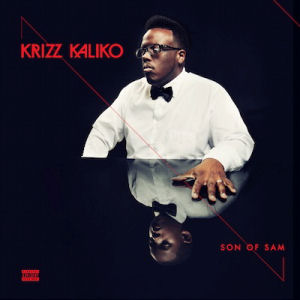 Krizz Kaliko is an unquestionable star of the Strange Music label, having cracked the Billboard Top 200 with every solo album, and charting as high as #3 on the Top Rap charts with “Genius.” He’d been rolling with Tech N9ne and the SMI label for a decade before he stepped into the spotlight as a soloist, and it’s hard to imagine a N9ne album without a cameo from him or vice versa. “Son of Sam” is no exception. Nina appears on both the hilariously over-the-top “Titties” and the soulfully sung “Scars” produced by Matic Lee. I don’t usually encourage rappers to croon, but Krizz can get his:

Other SMI family also make cameos throughout “Son of Sam,” such as Ces Cru on “Reckless” and long-time producer IcyRoc Kravyn on “Send Your Love.” Kaliko tends to hold shit down on his own though, and “Son of Sam” is no exception, as he’s soloing on more songs than not. Kaliko also tends to live out his personal demons in personally revealing songs like “Bipolar” on previous releases, and the P-Funk influenced “Do You Drink” walks the line between celebration and madness as he vows he “wants the world to have a drink with me.”

“I gotta disease and they don’t know what to call it
(What it is?) I’m an alcoholic, drink until I feel retarded
Thick-headed, sick individual, liver condition’s critical
Medical better do something to get him through
I ain’t standing up, I’m layin down under
Under the table – cause drivin I ain’t able to do it!
See a stop sign and run right THROUGH IT!
Dry heavin on my buddy’s sleeve and spewin the FLUID!”

I’m sure @Vodka_samm can relate (#YOLO). Kaliko (real name Samuel Watson) never apologizes or makes excuses for his actions, which gives him the credibility of truthfulness even if not all of his behavior is itself admirable. Yet through it all even at his darkest moments, Krizz always seems to see the light. He raps his most psychotic feelings over dark tracks like “Kill For Your Lovin'” with a sardonic humor, but genuinely seems moved by a higher spirit on songs like “Thank God.” The contradictions are what make Krizz Kaliko a fascinating rapper AND singer, and although he probably wouldn’t be in the rap mainstream without Tech N9ne’s friendship, it would be a shame for hip-hop as a whole if he wasn’t.