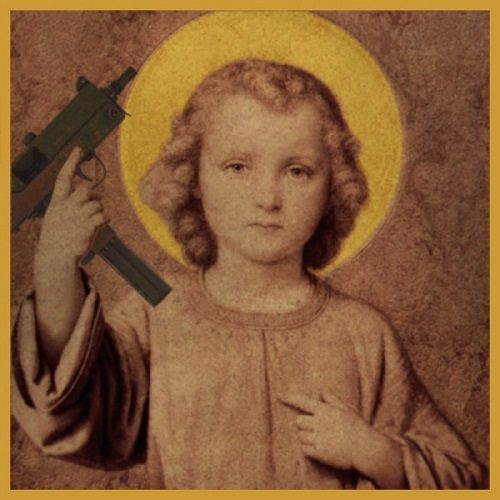 Bambu didn’t wait long to put out his next project. Like so many rappers who release their albums digitally/independently these days, “Sun of a Gun” has the Name Your Own Price option, though I’m just going to start the review by saying if you give Bambu anything less than $7.99 for it, you should feel you’ve cheated the artist AND yourself. Quality is worth paying for.

“Do or die, do a donut in the street and smoke a cig
It’s like, 18 year stints and I got friends still doin bids
Yeah – and we gon’ be old when they get out; and they gon’ be
mad enough to get active when they see they lawless house
Or where it used to be, I’m used to seein businesses pop up
Leavin families who lived there all they lives broke and stuck
Same company offered measly little bucks to buy the house
Then your grandma’s outside on the curb, sleepin on her couch
It’s about them getting you to go to prison, or the prison
Maybe get you to a prison or either, send you to a prison
Do you get it yet?”

I do. This is some rap Boots Riley can relate to – hella California and hella raw. You can already tell before listening to “Like Jay-Z” that the title’s going to be ironic, and the fact it’s produced by WorldWarDrew from the Soul Assassins makes it even more rugged. “The son of victim now party with his killer/Son of the oppressed now hang with the oppresser/White boy call you nigga (say what?)/You be like ‘It’s cool – he my nigga.'” If you don’t like serious discussions of racism, inequality, distribution of wealth, vapid conspicuous consumption and other societal ills then Bambu is most certainly not for you. If you do though songs like “Illuminotme” featuring Brother Ali and Odessa Kane are for you.

The songs don’t need guests based on the strength of the lyrics and beats alone, but there are some sprinkled throughout anyway. DJ Babu produces and stars on “Is You Saying,” likewise Rhettmatic on “Galavanter,” and R-Type on the Mr. Hek and Felt1 produced “Since I Was a Youth.” The song may have my favorite Ice Cube sample in any hip-hop song in a fortnight or a hundred more. The album is incredibly deep at 47 minutes long, yet it’s one of those releases that’s so engrossing it seems to go by in half the time. It’s only the fact that Bambu slows down and gets hyper aware on “Sun in a Million” that snaps you out of your reverie. “Schools need teachers not security guards/schools need books not no windows with bars” sums up this album better than I can myself. Bambu isn’t afraid to go there and I hope people are paying attention.