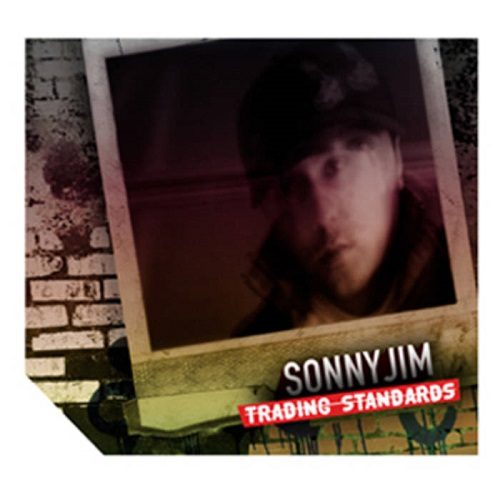 Accents are a funny thing, in both senses of the word. Growing up in England, you forget just how diverse the linguistics are for such a small country. Of course, given the size of London and its large council estates (the “hood” to American readers), it’s understandable that many overseas listeners stray towards the London rappers. Unless you’re a true cockney, South East residents generally speak the same way. When you stray West, or North in particular, the accents vary wildly. There’s the phlegm-gargling Liverpudlians, the harsh yet chirpy Geordie (Newcastle) and the “everything’s a question” Brummie (Birmingham). The Brummie is often regarded as the most annoying accent due to its downtrodden, monotonous delivery, so it was all the more surprising when Sonnyjim stormed the UK rap terrain in 2008 with his verbal onslaughts. For the most part, that is exactly how Sonnyjim raps, firing rhymes at a relentless rate despite never feeling like a tongue-twister in the vein of the Phi Life Cypher lads.

“Trading Standards” was a mix-CD released five years ago that showcased Sonnyjim at his most potent. It’s not an amazing debut, but compared to his recent work which is bogged down in lyrics focused around his drug habit, the record possesses a wild energy that at times produces some superb displays of rapping ability. “On All Cylinders” is perhaps the finest example of this, with Jim even proclaiming he’s “a proper rapper’s rapper” whilst firing off bars barely leaving room to catch breath. It’s rough and ready compared to the calmer pace of “Pecking Order”, which utilizes a calculated yet infectious piano loop that gives the song a psychotic charm. It evokes the image of Sonnyjim sitting at a piano in a dark room, jabbing at keys whilst reeling off rhymes. Given the mixed-in transitions between songs, it’s easy to forget that Jim only has five tracks on his own. “The Ultimate Triumph of the Little Guy” is a jokey track with a freestyle session vibe to it, particularly given how simplistic the beat is. The pick of the solo tracks is “The Mission Statement”, a surprisingly honest collection of verses that remind us he is an ordinary guy at the end of the day (and at the end of the record). The beat is, as Jim himself says â€“ “on some Pete Rock and Kev Brown shit”. Musically, much of “Trading Standards” is well produced, with perhaps only “Stack Ps” standing out as a truly special instrumental. It’s another example of Foreign Beggars’ Orifice Vulgratron (Best. Rap. Name. Ever) claiming his crown at rapping with pace. “EOW Anthem” is the one inferior production, but only acts as a backdrop for the cipher that ensues between Reain, Dr Syntax and Stig of the Dump.

Given the abundance of UK hip hop heavyweights featured on every other song, it’s inevitable many will be lyrical attempts to one-up each other. “Dying Breed” features Kashmere (dope voice, weak content), Soweto Kinch (authoritative presence but sloppy delivery) and Logan (sounds American) on a decent collaboration, whilst the revered duo of Jehst and Cappo deliver one of the album’s highlights on “God Complex”. Sonnyjim holds his own, but it is Cappo who destroys the superb Beat Butcha production. Thankfully, Sonnyjim is a funny chap and there is humour splashed throughout tracks like “Buried Alive” and “Running Late”. The latter in particular (a song about making a song) consists of a phone conversation between Sonnyjim and the group IRS. It’s one of the funniest songs I’ve ever heard, with each rapper giving excuses as to why they are late for the recording session, ultimately ending with the producer resigning to the fact his mates are a bunch of timewasters.

Despite the abundance of character and verbal dexterity on display, there are some flaws in this release. “Breathe” talks about Jim’s asthma yet he openly admits to ignoring doctor’s warnings as he continues to smoke heavily. It’s less a conflict of interest and more a “dude what are you doing?” effect that holds the track back, “Lunar Society” is a track about Birmingham featuring fellow Brummie emcees, but only really applies to those who know the locations they are talking about. “Trying To Live” features Skrein and feels like it should have been on a Skrein record, with a mellow beat and down-to-earth rhymes that lack the humour and frenetic character of other songs. Perhaps the most disappointing moment is “EOW Anthem” which sees lyricists Reain, Dr Syntax and Stig of the Dump all supply average verses.

Given the length and the fact there are 23 rappers on here alongside Sonnyjim, there’s much to enjoy on “Trading Standards”. It’s too bloated to be remembered as a great hip hop record, but with the varied cast, Sonnyjim’s unique yet likable character and a plethora of strong and somehow cohesive production, it’s as good a place as any to start on a journey in to the wacky world of British rap music.