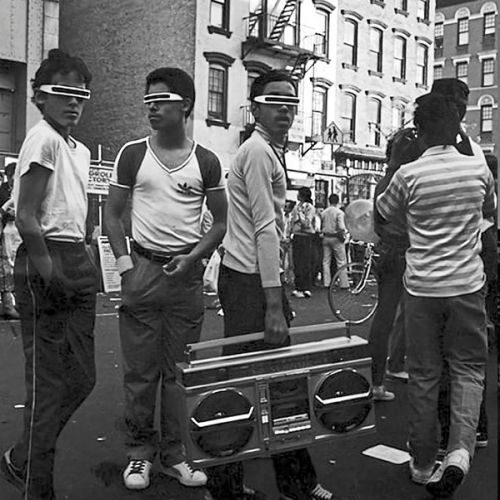 There are a lot of artists with high levels of productivity. Ransom, 38 Spesh, Planet Asia, and RJ Payne are constantly delivering music to the point whereby we can only select one or two of them for review each year. Even Nas is delivering multiple albums, although to be fair he did this back in 1999 (with more controversial results). Sonnyjim dropped projects with Kev Brown, Machacha, Vic Spencer, Vandal Savage, and also a lyrical onslaught alongside Juga-naut and Da Flyy Hooligan in the space of twelve months. Plus there was that impressive Iron Wigs record in late 2020 too. It’s one thing to make this much rap music, but another entirely when your rhymes are as intricately scripted and delivered as Sonnyjim’s are.

The Birmingham emcee continues to output densely written rhymes, littered with memorable one-liners, but a project with D.I.T.C. member Buckwild particularly piqued my interest. The same Buckwild that gave Celph Titled his heralded “Nineteen Ninety Now” and was all over classic albums by O.C., Big L, and Artifacts in the 1990s. I’ve previously cited Sonnyjim as the UK’s equivalent to Roc Marciano, and just as I prefer Roc’s work with The UN, Pete Rock, and his first two solo albums, to his latter-day loop-driven material, I’ve yearned to hear Sonnyjim over kicks and snares. That’s how he started his career and he sounded fantastic on “The Trading Standards Mixtape”. Buckwild certainly delivers in that regard, with some of the production here sounding like it’s straight out of the D.I.T.C. vaults.

Sonnyjim’s laconic, laid-back approach to rap that he’s adopted in the last five to ten years is likely to prove divisive although it has attained a wider American audience. He spits fire, and Buckwild is almost guaranteed to supply some heat, yet “Coke Le Roc” never really reaches its potential. “Free Freedom No Fear” has a great piano loop but it drowns out the rhymes, not to the point of it being unlistenable but it certainly detracts from the experience. A line like “put you on the track like Bulger” is so brutal, yet so easily overlooked, it backs up Sonny’s claim on the above 2008 number that his songs are packed with quotables. They really are.

It’s unclear if this was crafted in a studio together or if indeed some of these beats are leftovers from Buckwild’s hard drive that were emailed over, but as good as either individual may be, the combination never quite lives up to expectation. “Coke Le Roc” may be inherently flawed from this combination of styles, but it still has its moments thanks to the talent involved.

“Double Green” with CRIMEAPPLE sees Sonny leaning into his craftsmanship, choosing precise, assonant language that is infinitely more rewarding than CRIME’s loose, throwaway verse. In fact, the writing is the strongest aspect of the album and setups or internal rhymes are often as strong if not stronger than the rhymes themselves. The pure nonchalance of Sonnyjim’s delivery often masks one of the illest pens in the game.

“The Process” is one of Buckwild’s classier efforts that suits the tone of an artist kicking some fly shit and Lord Apex’s appearance works too. Another memorable song is “Sugar Ray” with its lovely Buckwild beat you could hear Fat Joe or OC ripping it up to. I just wish there was a bit more passion in Sonny’s voice to elevate it from a head-nod to a screwface. “YOLA” has such a mean build-up that when the beat drops, you just want Sonny to lay off the weed and wake up. For such a dark and imposing production, the sleepy, nasal style of Sonnyjim’s raps feel like a missed opportunity. It’s as if he has gone so far down the laid-back luxury lane that hearing him on this production no longer suits him. Similarly, tracks like “$3500 For Some Fucking Sushi” lean dangerously into Sonny sounding genuinely bored.

Coke La Rock was the first emcee and “Coke Le Roc” shows just how far the art of rap has come since the 1970s. Sonnyjim reels off a litany of braggadocious claims in a monotone that is fun to listen to if you’re into the art of writing rhymes, but musically, it’s too much of an acquired taste to outright recommend. His claims on “Frankie Lymon” of being a master of his art certainly ring true, as does the “I’ll fuck around and write rhyme of the year” line, but the delivery often detracts from the excellent writing. The Buckwild beats only highlight how important certain styles of production fit some emcees better than others.