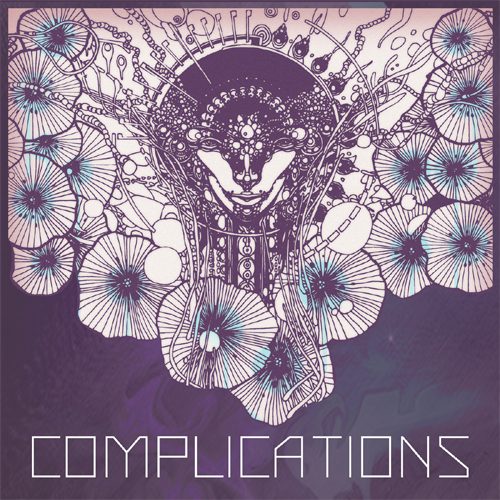 Occasionally I need to preface a review with a portion of the press release just to explain what the hell is going on – both for the reader’s benefit as well as my own. This is one of those times. Ladies and gentlemen, I introduce to you Brickwood Records. “Brickwood Records is a botique label based in Oakland, California focused on releasing quality electronic music. Their premier release, Complications, features up and coming artists from North America and Europe.”

Now aside from Dub Sonata you may not be familiar with most of the artists on this album. Quite frankly I wasn’t. That’s what “up and coming artists” means though right? I shouldn’t know Antler Music (“14th St. Booty”) or Choco the Beatmaker (“Buraliste”) from Adam. That doesn’t mean they don’t have some interesting beats to share though – in fact I’m including a taste of Choco’s dark beats below.

There’s an inherent awkwardness to reviewing something which purposefully brands itself as NOT hip-hop for me, and yet it was just as purposefully sent to RapReviews. Since one fact can’t be separated from the other, they must consider this to be a hip-hop album on some level – QED. There are times I can hear it and there are times I can’t. “C-Bush” by Pinewoods & Soultec$ is one of those songs that pushes the boundaries – a bit dubstep, a bit electronic, and a bit the Coldcut remix of “Paid in Full.” Fjazz’ “South Bender” makes no apology for its hip-hop origins, with a dirty raspy sliding backdrop like an Akai being pitch-shifted by a Casio. CB Radio’s “MAGnificent” could with only minor tweaks be an instrumental to a rap song.

The level to which you can identify with or qualify this as hip-hop for yourself will be as varied as the compilation itself. The video game and chiptune influences of Feldt’s “Stix N Stones” work for me where they won’t for some. Zavis’ “Sun Drips” is a stunningly beautiful work, but it’s the kind of music to be hung on a wall and admired – you can’t exactly mash out to it. What I can tell you for sure is that “up and coming” describes the majority of producers on this Brickwood “Complications” compilation. They each have a musical voice and something worthwhile to say – sans an emcee to help them do it.