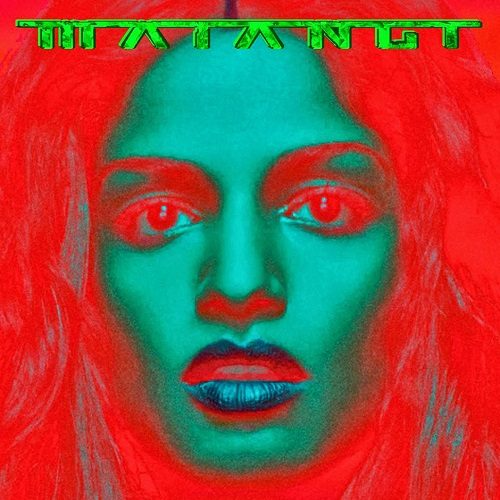 It sometimes feels as though M.I.A. can trap the media within her very own Steve Jobs-like ‘Reality Distortion Field’ – except one that cuts both ways. When it’s positive, it’s unfailing OTT; when it’s negative, the whole fucking world is gunning for her. Either way, the strength of feeling she inspires is impressive – and “Matangi” is an album that deserved to be released into the wild (something the label had to be threatened into doing). It’s an absolute mess, practically a kinetic DJ mixtape with a never-ending patchwork of ideas, beats, samples and FX. It ends up feeling like you’re hanging around one of the genuinely cool/crazy people that continually tells you to go and fuck yourself, feels you up, calls you a wanker while smiling charmingly, takes you to places in Shoreditch to laugh at try-hards, dumps you drunk in the kebab shop and after you sober up in a state of shock, you’re hooked and want to do it all over again.

Within the initial audio assault of “Matangi” lies a fine album, but it’s also one that could have done with some pruning, a bit more care taken in the sequencing and perhaps a bit more self-belief. Some of the best moments are tragically cut short (“Boom Skit”); some of the worst are unfairly awarded prominence and time (the title track is a pale reworking of the first three tracks on “Kala” and only becomes tolerable through repeated exposure). The breakdown at the end of “Matangi” (the song) works well, and opens up for the real start of the album: “Only 1 U” is hard, inspirational and references Lady of Rage and Lara Croft within the same breath. Hit-Boy rocks up to lend those now-familiar patterns to the shape-shifting “Warriors” (one of the toughest tracks she’s ever laid down, surely). The joyous “Come Walk With Me” (which should have opened up the album) starts off a la “Paper Planes” and after a minute and a half, goes absolutely mental with infectious energy. “aTENTion” is the kind of moment that only M.I.A. could even have conceived, let alone recorded: an exhilarating WTF mashup of discordant anti-AutoTune, and a hybrid of speed garage with Armand Van Helden’s ’97 remix vibe (think “Spin Spin Sugar”).

The most indulgent moments of “Matangi” are the clear problems with the album: the title track and doubling up of “Exodus” and “Sexodus” disrupt the flow, all weighing in at give or take five minutes. It’s frustrating as the concept behind “Exodus/Sexodus” works well, fits into her catalogue and pleases musically, but ten minutes of it simply outstays its welcome. One of the best singles of Maya’s career follows: “Bad Girls” sounds as vital as ever, a classic convergence between artist, producer and visual director. It slows the pace down to a sultry hip sway, but “Boom Skit” brings that “Arular” flavoured interlude back, with a minute and change of pure spitting over a dope beat. “Double Bubble Trouble” resurrects the Shampoo’s glorious “Trouble”, tranquillises it into a dub sing-along, and then injects it with a dose of adrenaline to send it bouncing off the walls. It’s fucking crazy and completely epic – it’s also great to see The Partysquad (a long shot tip of mine) handling production duties on the track. They craft the cheeky Drake-referencing “Y.A.L.A.” too, and the party is firmly back in full swing. “Bring the Noize” turns it up to eleven, as bare bones percussion takes turns with menacing horns, vocal chops and lashings of reverb. It’s a dizzying reminder than you need BASS on tap when listening to “Matangi”; otherwise it simply doesn’t have the same effect.

The closing trio of songs contains differing levels of success. It’s a distinct change of pace, and “Lights” is arguably the only one that truly earns a place in the starting line-up with a lush blend of ethereal vocals and bass. “Know It Ain’t Right” is a sombre note that leads into “Sexodus” – a retreading of the earlier “Exodus” that strays into the same lane far too much for my own liking. As a result, “Matangi” ends up being one of those joints that, as a fan, one can’t wait to take the hacksaw to and chop up into a re-sequenced playlist. That may seem like a negative, but it’s actually a compliment of sorts, as it indicates that there is enough quality within M.I.A.’s fourth album to warrant the kind of atTENTion she usually receives. How does it compare to her first two albums? It’s incredibly different for the most part, and critics that seemed to get caught up in the dark side of that reality distortion field cruelly lampooned her last LP. “Maya” was an album well ahead of its time: not perfect, not the same as before, but an influential mixed bag that remains well loved by a large number of her fans. As for “Matangi” it’s clear that just being in the here and now – the spiritual essence of Hinduism – was the primary driving force behind the best parts of this LP, and perhaps the more over-thought elements should have been left at the studio. For there is much to admire about the majority of “Matangi”, an album that improves with time and recalibrates the karmic balance of her decade-long quest for expression. If this is it for Arulpragasam – who knows, at this point – then it would be the most logical end to her conventional music career: fun, scatty, challenging, contradictory, loveable, London through and through, inexplicably addictive and all over the fucking shop.