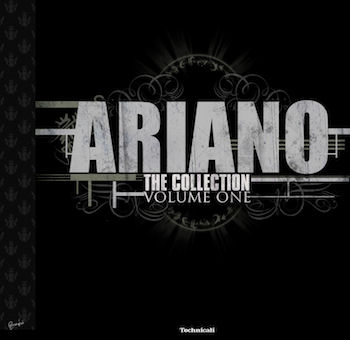 Ariano :: The Collection Volume One

Owing to a glut of both physical and digital album submissions, Ariano’s “The Collection Volume One” has been sitting in my inbox since August. It’s certainly not because he lacks the credentials to be reviewed – he’s worked with Evidence, Chali 2na, KRS-One, DJ Khalil, Dudley Perkins and M.E.D. just to name a few. The reason the Ariano’s in such high demand is that he doubles as both rapper AND singer, which means the L.A. based artist is always in demand. As an example of his versatility, check out the video for “Not Going Back” below. “The Collection” features a remix of it starring Crooked I.

Ariano’s favorite producer is LDontheCut, who is pretty prolific in his own right these days. He produces five of the tracks on “The Collection,” exactly one third of the total songs available. Coincidentally these songs also include some of the biggest guest stars of Ariano’s album. “Back to the Wall” features Pigeon John and “Lost Angeles” features Akil of Jurassic 5 fame. LD himself appears on the Kev Brown produced “Infect the Nation.” You might as well call them the Technicali Tag Team since the two of them founded the fledgling label together back in 2005. If LD is truly “on the cut” turntable wise, he deserves props for the scratching here too.

“If truth is contagious infect the whole nation
Until we sick with love…
I don’t know about you, but I’m sick of these thugs
Cause when the cops roll up they bitch with nuts
They shouldn’t hold mics – while A&R’s, blaze cigars
We out in the streets makin beats in the garage
Makin peace, you can keep yo’ Jesus piece
Cause I’m at peace with God or at least I’m tryin to be”

“The Collection” lives up to its name by culling some of the best tracks Ariano has been on over the years. There’s the boom baptastic “Something in the Air,” with Ariano crooning and rapping over a DJ Babu beat. “Gotta Get Mine” is an all-star collab’ featuring everyone from Jac Spade to U-God. “Chill, with the feedback/can’t smash my dream… I’m no doctor but I’m losing my patience/patients” quips the God. I can dig it. “Voodoo” may be my favorite though – it’s only 2:30 long but Oh No’s frantic backdrop and heavy beats are the perfect backdrop for “Technical worldwide we bringin you.” It may be that Ariano is lucky to know a lot of good people, or it may be that a lot of good artist are lucky to know Ariano, but given the overall quality of “The Collection” the most likely explanation is half from each column to arrive at wholly enjoyable.