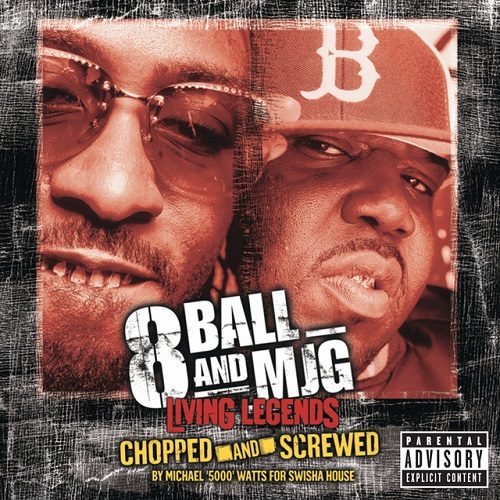 Underground rap family Swishahouse lives by the motto “major without a major deal.” For that reason it can often be hard to find their albums at major retailers like Tower Records or Sam Goody. If you live in the South, in particular close to their homebase of Houston, your odds of seeing Swishahouse on the shelf are increased greatly. For the rest of us ordering albums online is the only choice, praying you can find a retailer reputable enough to offer secure online ordering and deliver on the goods. It’s either that or pray you get lucky when you visit a mom & pop music store.

As luck would have it though, the cats that are major without a major label actually found a link to national retail through 8 Ball & MJG. When the two Southern legends inked a deal with Living Legends” in 2004, the portal was opened for a “chop mix” artist to step through. It’s almost a matter of course that any major Southern rap album is followed by just such a version these days, either officially on their label or unofficially through hand to hand and bootlegs. If you’re not familiar with the sound, first made famous by the late great DJ Screw, it involves slowing the beats and raps down, giving everyone on the mix eeriely deep voices and stretching out bass drops to incredible lengths. Combined with turntable tricks including loopbacks, vocal repeats and backspins, it creates a fresh new album out of the original. Although the sound is supposed to have been inspired by being “slowed up” from sipping on purple stuff, you don’t need to partake of syrup to enjoy these pancakes.

Who should step through the portal that Bad Boy opened but Swisha’s own Michael ‘5000’ Watts. Thanks to 8 Ball & MJG’s newly found connection to the mainstream, the “Chopped and Screwed” remix of “Living Legends” has gone mainstream at well. It’s an official Swishahouse/Bad Boy collaboration, and you can find this album at any retailer from coast to coast (this reviewer copped it at Best Buy). If you’ve never heard a screw and chop mix before, here’s your chance to partake without spending over $15 + shipping or using a risky website that doesn’t have secure ordering. And if you have good speakers in your stereo or your trunk, it’s definitely worth it. Check out the deep fat vibes of “You Don’t Want Drama,” “Shot Off” featuring Ludacris, and the hilarious “Trying to Get at You” featuring 112 as it goes from pop music to totally crunked out. Eightball has always benefitted from these mixes, as his already deep and slow voice only gets stretched out further, but it’s not quite as good to MJG. Still dark songs like “Gangsta” only get darker, the formerly generic Lloyd actually sounds like a good singer on the wider “Forever” and on “Look at the Grillz” Twista speaks about as slowly as he ever has in his career. Does this album exceed the vibes of the original? No, but it’s still hella tight, and without even realizing it Swishahouse finally HAS gone major WITH a major deal.