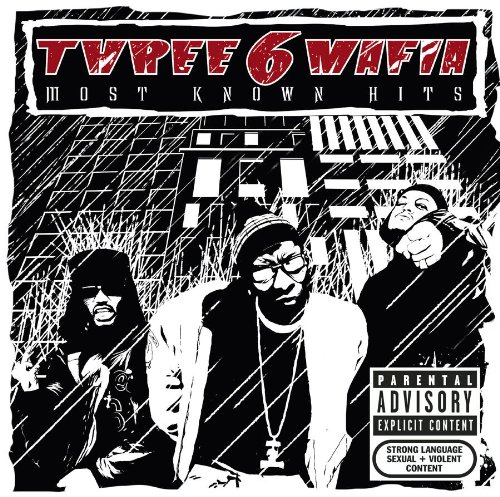 As Hip-Hop ages, greatest hits albums are becoming more and more common. Certain acts still release such albums prematurely, but Three 6 Mafia has a career that has lasted long enough and been successful enough to garner the “best of” treatment. The release of Three 6’s greatest hits also conveniently comes only a month after their biggest hit to date, the hypnotic “Stay High.” The Mafia’s recent commercial success will certainly push sales of this collection higher, but even if the group hadn’t stayed in the limelight the last few years this release would still be a worthy purchase for even the most casual fan.

As with any artist with a lengthy repertoire, fans are sure to complain about specific tracks omitted or included. Though Three 6 could have definitely justified a double CD, or even a larger project, to encompass all hits, local and national, the theme of the current release is their “Most Known” hits. The group definitely stays true to this theme as every track included is instantly recognizable. Some tracks are known as underground classics, like the raunchy “Slob On My Nob” and the buck classic “Hit a Mothafucka.” Other tracks, though wildly popular among Southern radio stations and clubs, failed to make a full impact nationwide. These include tracks like “Late Nite Tip” and “Ass and Titties.” Only a few tracks would only be considered hits by hardcore fans and those in the Memphis region. Tracks like “Testin’ My Gangsta,” “Put Ya Signs,” and “Squeeze It” find regular rotation in clubs throughout Tennessee and the surrounding area, but wouldn’t exactly be known outside that region unless you follow the group closely.

The rest of the album’s tracks do actually fit the bill of “Most Known” hits as they each found nationwide exposure at some point. Tracks like “2-Way Freak,” “Tongue Ring,” and “Baby Mama” fueled the Mafia’s most recent albums and found their way onto BET and nationwide playlists. “Who Run It” and “Hypnotize Cash Money” got plenty of radio play, though it wasn’t necessary as these tracks are considered street bangers nationwide and are still heard bumping in trunks coast to coast. But even though all these tracks are sure to please Three 6 fans and true hip-hop fans, the Mafia knows they need to pull in the casual observer to really move units. In a smart move, they placed their three largest hits first to capitalize on initial interest. The Lil’ Flip assisted “Ridin’ Spinners” opens things up and draws fans in with a potent guest spot and booming buck/bounce production. The Mafia’s biggest hit before “Stay High” comes next as the equally melodic and hypnotic “Sippin On Some Syrup” follows up Lil’ Flip with some more Texas assisted flavor. After hitting listeners up with their most recent and biggest hits, the Mafia takes things back to the track that made them nationwide stars to begin with. “Tear Da Club Up â€˜97” propelled the Mafia’s debut album on Relativity and is still an instant party starter. To top it all off, after hitting you with all their hits the Mafia still drops two new joints. “Let Me Hit That” is an average weed anthem, but showcases Hypnotize Minds’ next artist, Boogie Mane. Project Pat also manages to drop a new track, straight out of prison, picking up where he left off on the dark and sinister “Don’t Turn Around.”

“Most Known Hits” is a fitting tribute to one of the South’s most original and long-lasting groups. Three 6 Mafia is definitely not everyone’s cup of tea, but Da Superproducer’s catchy production makes it hard for even the biggest hater not to appreciate the group’s sound. The only defect this reviewer found was an almost unacceptable skip on “Sippin’ On Some Syrup.” Hopefully this was only a problem on my specific advance copy, but if Steve “Flash” Juon’s experience with Juvenile’s greatest hits is any indicator, the people at Sony might have dropped the ball mightily on this one too. Either way, “Most Known Hits” is recommended to those who don’t already own all the songs included. Hardcore fans may even find the two included bonus tracks good enough to justify a purchase. Like with all Three 6 Mafia releases, lyrics are your usual gangsterisms, but the Mafia has plenty of style and dope production to make up for it.