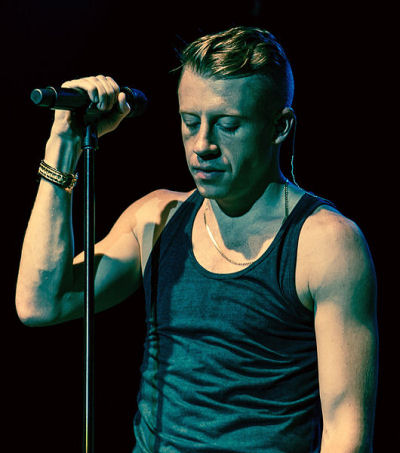 The Macklemore and Ryan Lewis Backlash

In the wake of Macklemore and Ryan Lewis’s stratospheric rise to success this year, a considerable backlash has inevitably raised its head on the internet. The backlash got especially heavy in the wake of the MTV Video Awards in August and the Grammys at the end of January. The duo have been accused of being corny, of not being “real hip-hop,” of stealing the limelight from African-American rappers and gay rappers, and of being pandering white hipsters. People have every right to not like Macklemore and Ryan Lewis’s music. It’s not surprising people are getting sick of them given how ubiquitous their music is. Even a powerful song like “Same Love” gets old after the thousandth listen. However, the backlash has gotten ridiculous, and it’s now open season on Macklemore and Ryan Lewis. It’s gotten to the point where Macklemore could donate all of his money to the poor and people would criticize him as having a white messiah complex or being self-righteous or thinking he’s too good for money. A lot of the criticism of the duo rests on faulty arguments, so it’s worth looking at what people are saying about them and what the truth of of the matter actually is. First things first: the Grammys are not an accurate reflection of the state of music. They are and always have been an establishment award show that reflects the tastes of older people in the record industry, and they are almost always a joke. Who can forget Jethro Tull beating Metallica for best Hard Rock/Metal album in 1988?  Eminem has won most of the best hip-hop album awards, even for his albums that weren’t that great, because he’s a known entity to the voters. I, along with Macklemore, was disappointed that Kendrick Lamar didn’t win best hip-hop album, but it’s not like that invalidates Kendrick or even represents what people who actually care about music think.

Some critics say that Macklemore and Ryan Lewis make music for people who don’t like hip-hop. While “The Heist” is definitely a crossover success, it’s popular among  hip-hop heads as well. “The Heist” has a 74 on Metacritic, and the low scores are from rock critics. Hip-hop outlets like XXL, Hip Hop DX and this site all gave “The Heist” very positive reviews, and it made several RapReviews year-end lists. Pop fans may love Macklemore, but so do hip-hop fans.

Another argument, raised by Jon Caramanica of the New York Times and Kenzo Shibata on The Learned Fangirl, is that Macklemore is the Pat Boone of hip-hop, a milquetoast white performer taming the music down and acting as a gentrifying force for a legion of white rappers set to invade. There are two big problems with this argument. The first is that Macklemore is not the first or most successful white rapper. He comes from an indie rap scene that is full of white MCs. From El-P to Aesop Rock to Brother Ali to Edan to Cage, there has been no shortage of rappers of European descent in indie rap. That’s not to mention the Beastie Boys, Bubba Sparxx, and Paul Wall, white rappers with mainstream success. The elephant in the room is Eminem, who is one of the most successful rappers of the past fifteen years, who also happens to be one of the best, who also happens to have won multiple Grammys, who also has crossover hits, and who also has issues tanning. And that’s just America. There are thriving hip-hop scenes with mostly white MCs in Australia and Europe. Jon Caramanica is probably right that Macklemore is a template that your average white kid who was not raised on the streets of Detroit can follow to incorporate rapping into the white, college-educated, middle class experience. I can guarantee that the next few years will see a slew of releases by white MCs who are either doing hipster rap or trying to do a pop-rap crossover. Whether that will lead to African-Americans being driven out of hip-hop is highly unlikely.

Ever since the Beastie Boys put out “Licensed to Ill” in 1987, people have been afraid that white folks were going to steal hip-hop from African-Americans in the same way whites “stole” rock n’ roll from them thirty years earlier. There’s several problems with this claim. For one thing, white co-option of rock music happened in a time before the Civil Rights Act, when segregation was legal, and when black music was called “race music.” While there is still a lot of deep-rooted racial segregation and discrimination in the U.S., we’ve come a long way from the days when you would not hear black artists on “white” stations.

Secondly, in many ways hip-hop won. It has become the de facto music of youth culture. Rock music, which had been dominant since the 60s, has become a marginalized, outdated genre. Pop music is more likely to incorporate hip-hop production elements as it is to incorporate rock guitars. A young kid nowadays interested in making music is more likely to pick up a laptop or turntables than a guitar. Hip-hop slang has gone mainstream; even country musicians are using it. White sorority girls belt along to Rick Ross and Jay Z songs. Madonna, a 50-year-old white woman, came to the Grammy’s WEARING A GRILL. Mainstream “white” culture has gone much more hip-hop than hip-hop has gone “white.” Macklemore isn’t an example of a white person co-opting hip-hop; he’s an example of how hip-hop has influenced mainstream culture. Twenty years ago Macklemore and Ryan Lewis would probably have picked up guitars and formed a grunge band. Nowadays it’s more natural for them to pick up a mic and drum machine.

What also gets lost in the Macklemore and Ryan Lewis hate is the fact that they put out their album by themselves. While the music establishment certainly embraced them and their ability to move units, Macklemore and Ryan Lewis were not the result of sinister machinations of the record industry to have white people take over rap. They were two dudes who worked for years before making it big. The other artists they were competing against in the Grammys all had major label support. Macklemore was also not the only rapper nominated for a Grammy whose music has crossover elements. Drake and Kendrick both have pop and R&B elements in their music, as do a lot of mainstream hip-hop artists. There are commercial considerations at work: it’s hard to sell a million downloads of a dude rappity-rapping. A lot of this crossing over is due to how completely hip-hop has saturated into mainstream culture. There isn’t the division between hip-hop and R&B or pop music like there was twenty years ago. Kids today aren’t as segregated in their listening habits as Gen Xers were, and the music they make reflects their diverse tastes.

Some gay rights activists complain that Macklemore is stealing music from gay rappers, and he’s acting like a gay savior. I know Madonna and Lady Gaga both have gay detractors who resent them acting like great straight saviors. But those artists, like Macklemore, have done a lot for gay rights by bringing gay people into the forefront of mainstream culture. Macklemore is this only artist I know of who has a hit song supporting gay marriage, and one of the few artists I can think of in any genre to have a hit song that was explicitly pro-gay. That’s a big deal.

Hip-Hop is a large and diverse genre. It’s not a zero-sum game. It’s not like a straight white rapper getting popular means that the quota for hip-hop has been filled for the year so all projects by black and gay rappers have to be shelved. The mainstream success of Jay Z, Kanye, Drake and Nikki Minaj is proof of that. You have artists like Migos, DJ Mustard, and Chief Keef making music that speaks directly to young African-Americans, and you have artists like Chance the Rapper pushing the genre forward. Rap is doing fine, with or without Macklemore. If anything, he can act as a trojan horse for black and gay artists to penetrate part of the market that hasn’t been receptive to hip-hop before. There are a whole bunch of people who didn’t know they were hip-hop fans before “The Heist.” Many of them will continue to explore the genre. Some of them will check out Kendrick Lamar because of Macklemore’s clumsy apology on Instagram.