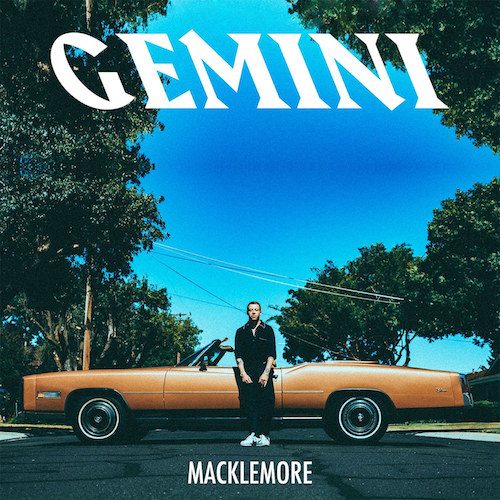 Few have experienced the extreme highs and lows of the music industry like Macklemore. From 2010 to mid 2012, he was king of the underground, paying dues and filling up dive bars in college towns. After releasing “The Heist,” his first full length project with producer Ryan Lewis, he crossed over to the mainstream, scoring a pair of No. 1 hits and four Grammys. However, after winning a Grammy for Best Rap Album over Kendrick Lamar, he faced a lot of scrutiny and accusations of cultural appropriation. After keeping mostly a low profile, Macklemore & Ryan Lewis returned with their sophomore effort, “This Unruly Mess I’ve Made” in February 2016. The album was bloated with grand statements, overcooked arrangements and a sense that Macklemore obsessed over every line, thinking about what Twitter would say in response. The album’s centerpiece “White Privilege II,” while well intentioned and having an important message for his fanbase of soccer moms and suburban teenagers, was a critical failure. The album also underperformed commercially, and was mostly forgotten about in the months following its release.

A little more than a year after releasing “Unruly Mess,” Macklemore is back with a solo LP, titled “Gemini.” Over the course of the album’s 16 tracks, he sounds like he’s having more fun and is less self-conscious, but his flaws as a rapper are as apparent as ever.

Geminis are known for their versatility, and Macklemore certainly delivers a wide range of styles on his first solo LP since his self-released 2005 record “The Language of My World.” But this lack of focus or theme is often a detriment to this record. Subject matter wise, Macklemore is no longer stumping for some political cause or social justice issue. Most of the songs fall in the realm of quirky braggadocio or uplifting proclamations. The Skyler Gray-assisted lead single, “Glorious,” helped reintroduce Macklemore to the Hot 100 (peaking at No. 65), thanks in part to a simple, but effective chorus, and a viral-ready video of him celebrating his grandmother’s 100th birthday. The jarring intro track “I Ain’t Gonna Die Tonight” also falls within Macklemore’s upbeat and positive lane, but is less effective due to poor sequencing and Eric Nally’s eardrum destroying vocals in the opening seconds of the album.

Naming this album “Gemini” is no doubt an effort to show off some sort of malleability, but it often feels like an excuse to hop on and off trends. Throughout the record, Macklemore awkwardly borrows styles from D.R.A.M., Future, Chance the Rapper and Migos to mixed results. The Offset-collab “Willy Wonka” repeats the song’s title so many times, it’s hard to take it serious, no matter how hard the beat is. “Marmalade” with Lil Yachty is slightly less offensive, though it still sounds like a watered down remake of Yachty and D.R.A.M.’s “Broccoli.” “How to Play Flute” shamelessly jumps on the flute-meets-trap-beat trend, but it still manages to be one of the better songs on the album.

While he is good at crafting memorable one-liners and catchphrases, Macklemore’s never been a strong songwriter. It’s less of an issue on “Gemini” because he doesn’t try to tackle heavy topics like the opioid epidemic, same sex marriage and white privilege, but the problems from “Same Love” and “White Privilege II” flare up again on “Gemini.” “Intentions” is a song about wanting to do something positive but caving to the path of least resistance. It would be a fine song but the writing is lazy and predictable.

“Gemini” is assisted by some excellent performances from its featured artists. Xperience’s gospel-ready vocals on the chorus steal the show on an otherwise forgettable song in “Church.” And Kesha’s jaw-dropping vocals on “Good Old Days” is good enough to excuse an exhausted song concept about being nostalgic. While Ryan Lewis’ production carried Macklemore for a lot of “This Unruly Mess I’ve Made,” he’s not necessarily missed on this record. Macklemore has a solid ear for production, though he often indulges in current trends and doesn’t really have a discernible sound of his own. Longtime collaborator Budo and newcomer Tyler Dopps hold down much of the production duties, while Macklemore earned a couple production credits as well.

While the beats are mostly good, it feels like Macklemore missed out on an opportunity to really set his solo career apart from Macklemore & Ryan Lewis. But you could throw “Gemini” on a playlist with “The Heist” and “This Unruly Mess I’ve Made” and it would also sort of blend together. If putting out a solo album was an attempt to rebrand his struggling image, it was ultimately a failure. After listening to Macklemore’s first solo record since he joined forces with Ryan Lewis, we have even less of an idea who Macklemore is than we did before.