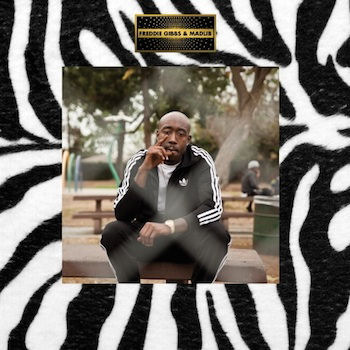 If one rapper can single-handedly put Gary, Indiana on the map as something other than the ancestral home of the Jacksons, Freddie Gibbs is the man to do it. If any rap artist can claim to be from an unapologetically gangster city, he or she would be FROM Gary. ChiRaq may have more fame from a greater level of rap exposure, but Gary is just 25 miles away and arguably as hazardous to the health of a young urban dweller if not moreso. It’s a city named after a steel mill that helped the population explode in good times, that subsequently left the same population bereft in bad times. Much like Flint, Michigan when General Motors bailed, Gary attained its bad reputation due to high unemployment and lack of opportunities, forcing residents left behind to either relocate or survive hard times by any means necessary.

Gibbs does not claim to glamorize the gangsterism of Gary. Far from it. He’s apologetic to a fault about it in interviews, stating that nobody should have to live the way Gary residents do, but that it’s a slice of American life that should be shown truthfully warts and all. The only way things will change in economically depressed environments is if the elite are forced to deal with the 99%, but neither the Warren Buffetts or the Donald Trumps of this world will ever hear Freddie’s message on “Shitsville.” They’re content to live in their ivory towers and pretend that level of poverty and violence doesn’t exist, while occasionally emerging from behind gated fences to make charitable donations at gala balls to people they’ll never meet. It’s too much to hope the 1% are tuned in, and since they’re not we might as well enjoy Madlib’s production and Gibbs’ rapid-fire rhymes.

“I went back and forth with some work done went threw a few plugs
This white devil society dare a nigga to do drugs
and dare yo ass to deal ’em, distribute and conceal ’em
My niggaz don’t got no boats or no ports, how you think we get ’em?
Crack was black America’s cup of coffee in the beginnin
When they crept up on you wiggers, you crackers couldn’t fight the feelin
Motherfuck euthanasia I’ll lace your food up with razors
Make you gargle with salt water, excuse yourself from my table
I fathered these fuck niggaz with fables; pussy I been real
Good on any street, up Shit’s Creek, it’s Shitsville nigga”

Much like America’s drug problem, this isn’t an album that just sprung up overnight. Gibbs and Madlib have been collaborating as far back as 2011, and material found here will be familiar to those who have been down for the ride dating back to the first “Thuggin'” EP. Madlib has never been one to settle for working with average emcees, so you had to suspect Freddie Gibbs was something special for them to collaborate on a level only seen by the likes of MF Doom and the late J Dilla. What makes Gibbs worthy is that there’s more than just cinematic street narratives to his Indiana flow – there’s an underpinning of political messages in even his most gangsterish flow. It’s no surprise when listening to “Thuggin'” that some of the promotional artwork for this album parodied Ice Cube’s “Predator” CD. Gibbs is the reincarnation of street smarts with a Harvard mind, thugging to survive while showing you that the WORLD is gangster.

“Phonies ain’t gon’ throw me in this minstrel show
These labels see how far up in they mouth my dick can go
So go’n and, choke on this meat, throw my song on repeat
Might move away one day but I’m always gonna belong to the streets
[..]
Never trickin on a dame, I’m too cold for you broke hoes
Don’t let the knob hit your booty when the do’ close, bitch
She let me hit it cause I’m thuggin
Squares need not apply, I’m so fly I might fuck her cousin
Swiftly ’bout to stick a sweet dick in your sweetheart
Then get some groceries off my geeker EBT card
Why the Feds worried ’bout me clockin on this corner
When there’s politicians out here gettin popped in Arizona”

An intelligent gangster is what the 1% should be most nervous about, because they’re about to get beat at their own game. Gibbs and ‘Lib sound like they’re on the verge of a rap revolution, and they’re not alone. Original gangster Scarface sounds like his glory days on “Broken” – perhaps he needs to collaborate with Madlib more often. The new generation gets love too as Odd Future members Domo Genesis and Earl Sweatshirt rap on “Robes.” Everybody gets a turn being represented regardless of which region they hail from – one minute it’s AB-Soul and Polyester the Saint on “Lakers” and the next it’s BJ the Chicago Kid on “Shame.” Madlib’s beats are the lace that ties this hour of music together, from hard hitting cold tracks like “Uno” to chilled out kush smoke anthems like “High” featuring Danny Brown.

I recently took a five hour drive from Omaha to Wichita to cover live fights as a reporter and if it tells you anything about my measure of respect for “Piñata” it’s the only album I listened to on the drive coming or going. It’s that good. Madlib produced albums tend to only get better with age, and I don’t expect “Piñata” to be an exception. I’m giving it a high rating to close this review as it is, but in a year or two, I could actually see it being better than I think it is right now. The only downside for Gibbs is that he has to try to top this album going forward.