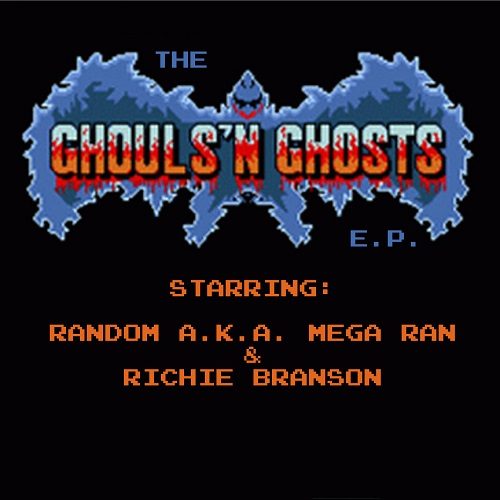 The Ghosts ‘n Goblins franchise is one of the most infamous in arcade video game and home console history, the latter being where the series gained its greatest fame. Anybody who suffered through this title while slugging down can after an all day binge of sodas and snacks, only to be told the ending battle was “a trap by Satan” and ordered to PLAY THE ENTIRE GAME AGAIN FROM THE BEGINNING will understand my use of all caps and bold letters. This was a ridiculous middle finger from Capcom for a game that was already difficult as hell, where your protagonist is two hits from death at all times, and never ending swarms of enemies seek your demise.

As much as I appreciate Random a/k/a Mega Ran’s unlimited ability to mine the depths of my video game nostalgia, I still mutter unpolite things under my breath about the designers of the Sir Arthur titles. Whether “Ghost ‘n Goblins,” “Ghouls ‘n Ghosts” or “Super Ghouls ‘n Ghosts” or any of its other iterations, the game was always unpleasantly hard on any home platform. The real “trap by Satan” though was how the difficulty level would spite me to play again, each time thinking if my timing was just a little better, I could overcome the obstacles. You’d know more or less when to expect certain enemies, and which spots to stand and wait for a second to achieve your goals, so by playing over and over you could do a LITTLE better each time. The games both taunted and tantalized you with the prospect of success – one which emulators and save states made MUCH easier.

Richie Branson and Mega Ran mine the depths of this game’s frustrations well, with perhaps no track other than “Martyr” summing up my feelings better – even though Ran really isn’t rapping about the game at all. It’s more of an inspiration musically, but as he says “Call me the martyr, from the hood/hoping this would be the start of, something good/we all trying to get larger, than we could/just a little bit farther, understood? Good” it sums up the endless replays of the incredibly tough levels well. Each time you’d try to get a little bit farther, but Arthur would always end up a martyr.

The tracks are dope, no question, especially the “Ghouls ‘N Ghosts” opener which directly flows over the game’s most well known and familiar musical theme. It’s on the bonus tracks that the duo really shine. “Super Nintendo, Sega Genesis” uses the obvious Notorious B.I.G. (#RIPMarch9th) sample to great effect paying tribute to the console dopeness, with Richie Branson giving equal respects to each, spending half his allowance on Phantasy Star and “my last on Chrono Trigger to X slash ’em.” I feel you Richie. Owing to the gothic themes of the Ghosts series, it’s not surprising that the team crossed over to do a CastleVania rap on “Dracula’s Curse.” I think it’s my bias showing but sense I always felt the CastleVania games were more fun and less abusive to the player, I would have really gone in for a whole album on that series from the two.

It’s another album of well done retro nostalgia, with Ran finding Branson an able partner in rhyme, and though you may have hated how hard the games were you won’t hate the raps.