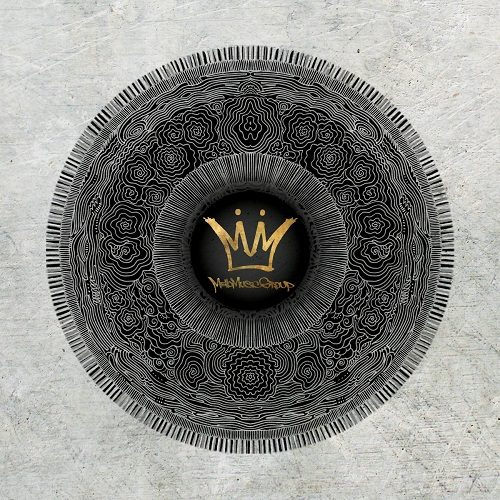 Do you remember Rawkus Records? That proudly underground record label that kick-started the careers of Mos Def and Talib Kweli, yet embraced hardcore icons such as RA The Rugged Man and Pharoahe Monch? If you don’t then you missed out on some fantastic albums during an era where flossing and sporting grills weren’t just terms known by dentists. Looking back at the albums Rawkus released, it’s hard to argue with the ratio of quality to quantity. Even in their dying days (2006-2007) they were still dropping polished gems such as Panacea’s “The Scenic Route” and Mr J. Medeiros’ “Of Gods And Girls”. Mello Music Group not only have that same level of consistently excellent releases under their belt, they now have a roster of producers that can provide enough dope beats to throw out some compilations that showcase the depth of the label’s output. The Soundbombing trilogy were all great in their own way, but were defined by their flow.

“Soundbombing 1” was filthy, with bass-y beats and some ruthless rhymes from RA The Rugged Man, but was frequently spoilt by Evil Dee yelling “Evil Dee is on the mix come on kick it!”. The third iteration fared better, even boasting some hit singles (by Rawkus’ standards at least) in Kool G Rap’s “My Life” and Pharoahe Monch’s “The Light” – but it is “Soundbombing 2” that rightfully stands the test of time. It perhaps benefitted from being released in 1999, a time where Eminem, Mos Def, Talib Kweli and Dilated Peoples were all blowing up, and the lineup was boosted by a resurgent Pharoahe Monch and Common Sense. The Beat Junkies were able to mix the tracks together in a manner that meant you weren’t likely to hit the skip button (I’m looking at you DJ Premier with your ‘let’s bring that 2-bar segment back for the fiftieth time’). It just worked so well, and there’s no doubting that Mello Music Group can produce something just as good, but without a DJ hosting proceedings, does “Polysonic Flows” fare as well? Well, this isn’t the first time Mello Music Group have released a compilation (“Self Sacrifice” was the last one, a very good collection of tracks that capitalised on Apollo Brown’s momentum). For the most part, “Polysonic Flows” delivers on its promise.

L’Orange follows his superb work on “The City Under The City” with “Brick Walls and Blurry Faces,” another slice of retro-vocalism mixed in with some pounding drums. Castle and Blueprint both bless the beat but it’s hard to ignore that swinging effect that L’Orange is quickly becoming known for. One of the better known artists to feature is Oddisee – not only a leading light for Mello Music Group but for underground hip hop in general. His work here is a perfect example of why he is so well regarded; “Invisible Walls” is as good as any of J. Cole’s work and the way that Oddisee delivers his rhymes is reminiscent of the born sinner’s style, but it is “Nothing Has A Never” that stands out as the an album highlight. Considering Oddisee is a phenomenal producer, it’s easy to overlook his lyrical abilities yet “Nothing Has A Never” is real thinking man’s hip hop that’s packed with lines to make you think ‘that’s either a head-scratching piece of philosophy, or he’s talking absolute nonsense’. Even if you’re not a fan of Oddisee on the mic, he throws down a sugar-sweet instrumental in “Crazy High” just for good measure. Other than the regular Mello Music Group alumni, guests include Mr Lif’s usual breath-less self on the snappy “The Lost Nova” and a surprise appearance from Jurassic 5 member Akil the MC. The hook on “L.I.V.E.” is fairly forgettable, but hearing Akil over some Duke Westlake is as satisfying as it sounds.

Other than the songs mentioned, the rest of the content is decidedly mixed. Has-Lo’s “Juggernaut” chugs along anonymously while Quelle Chris takes alternative hip hop too far on “Euclidian Geometry”. It’s slightly more disjointed than the second volume in Mello Music Group’s “Mandala” series thanks to these moments, but thankfully it doesn’t detract from the overall experience too much. This album certainly flows, thanks to some smooth instrumentals that maintain that traditional yet modern boom bap feeling. But without a DJ cutting up some of the vocals, or blending together some of the songs, it can get a bit drab and underwhelming. Continuing the Rawkus/Mello Music comparisons, the quirkiness of Company Flow has been replaced with Quelle Chris and the overall sound of “Mello Music Vol. 1” is murky yet understated, just as “Soundbombing Vol. 1” was. For the more accessible head-nodders, “Mello Music Vol. 2” is akin to “Soundbombing Vol. 2” on that front, hitting the listener with crunchy, more satisfying productions. Until Mello Music Group offer us a third instalment, it’s hard to really recommend one album over the other as they both complement each other – something that the Soundbombing series didn’t do. It just proves how much talent the label houses for me to encourage listeners to check both records rather than just one.