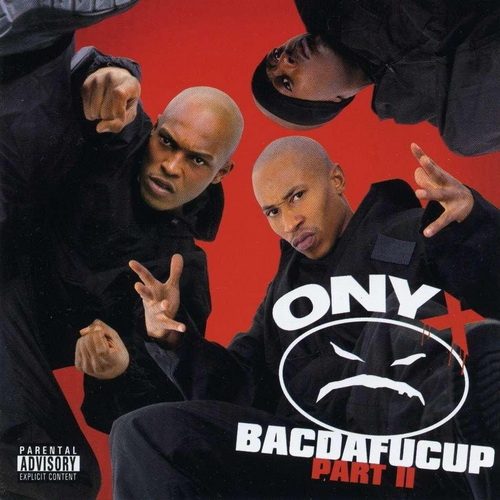 “Never Say Never Again” was the wry title of the writers and filmmakers of the last James Bond film to star Sean Connery. Connery had retired the role over a decade ago on “Diamonds Are Forever” but was lured back by the producers to see if they could recapture the original magic he brought to the role; and to a degree they succeeded. The only problem with their effort is that because it wasn’t part of the MAIN Bond series it felt strangely removed from the role he had made his own, and worse still the movie had to duel AGAINST the film “Octopussy” starring Roger Moore, which was in theaters at exactly the same time.

The reunited Onyx will probably fare a little better, given that both Fredro Starr’s “Firestarr” and Sticky Fingaz’ “”Black Trash” are more than a year removed from store shelves. While it’s true that they don’t have to compete with their own solo albums, they still face the same challenge Sean Connery faced reprising his successful role as James Bond – being compared to yourself. The original debut of the Mad Face Invasion on 1993’s “Bacdafucup” was a watershed moment for hip-hop. It’s true that Onyx released two albums after this debut, but neither seemed to recapture the magic of their introduction and in part lead to members pursuing solo deals.

The question of course is whether an Onyx album is even relevant anymore. Even during the 90’s, the movement of harder edged rap they gave birth to seemed to pass them by as groups like M.O.P. and Mobb Deep with a more susbtantive following and a brasher sound eclipsed them in popularity. Onyx are certainly trying to update their sound with a selection of hot rap producers: D.R. Period, Havoc, and Scott Storch all put in work. Despite this, “Bacdafucup Part II” can’t help but suffer in comparison to the original, where beats by Chyskillz, Jam Master Jay and Kool Tee made songs like “Throw Ya Gunz” and “Slam” into underground anthems.

Speaking of the latter, it’s no surprise given that Onyx called this album “Bacdafucup Part II” that they would also release a sequel to the biggest single off “Part I” as well. Entitled “Slam Harder,” this D.R. Period track uses a clever sample of the theme song from the TV show “Welcome Back Kotter” to introduce the song and provide melody throughout. Sticky Fingaz caps the song’s performance with a verse typical of his brash metaphorical bravado that survived to his solo album and the PRIOR demise of his crew at large:

“You wanna know the truth? Take a look in my eye
I’m like B.I.G.’s first album, I’m _Ready to Die_
It’s Sticky Fingaz, if you didn’t already know who I am
The minute I reached out and touched the whole hood with no hands
Cause in the streets I live through it, it’s more than music
Whatever I’m spittin on, I put my life into it
Got a reputation on the streets of keepin it rough
There’s just too many of us, you get rushed, you get bust – what!
Big trucks, chrome rims spinnin
The mad faced niggas got money so now we grinnin
‘Fore you stick some’n, we the group you listen to, kid!
Niggaz told me my music helped em’ through they bid”

Oddly enough, the single is censored on this album, even though it carries a parental advisory on the cover and an edited version of the album IS available. This choice seems odd, but ultimately it doesn’t matter that much. Although Sticky Fingaz is a charismatic rapper and Fredro Starr demonstrates the kind of talent that lead him to go solo in the first place, a majority of these songs are simply unremarkable in format or presentation. None of the songs are terrible, although they seem as eager to forget about the two albums that came between “Bacdafucup” and “Part II” as their fans. Songs like “Bring ‘Em Out Dead” and “Clap and Rob ‘Em” make heavy reference to their old catch phrases, and songs like “Onyx is Back” imply they’ve been gone a lot longer than the time from 1998 to today.

Is “Bacdafucup Part II” an entertaining album? Mildly, but the truth is that 1998’s “Shut ‘Em Down” was actually a better Onyx album than the reunited Onyx is in 2002. They may have been losing the magic after their debut and before the break up, but unlike Sean Connery this is not going to be a worthy remake of “Thunderball.” In the end, Onyx does have some good beats thanks in large part to D.R. Period, and some good raps thanks in large part to Sticky. You’ll be able to jam to “Gangsta” (something of a sequel to Apache’s “Gangsta Bitch” in itself) and “Big Trucks” to a degree, but you’ll end up just wishing Sticky and Fredro went solo again. They seem drained by the experience of reuniting a dead concept, and ultimately you will be too. Look for “Slam Harder” as a single worth owning, and pass on this album.