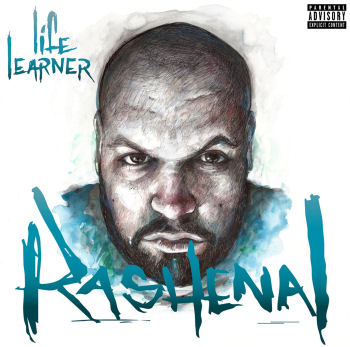 In his second studio album “Life Learner,” Arizona MC Rashenal makes a clear case for how difficult conscious rapping can be if you lack the skills to deliver the concept. The on-point production, done mostly by Lakai and members of Earsweat, provides clever hooks and jazzy beats, but even so, most of the songs seem indistinguishable from each other thanks to a flat execution. There’s supposed to be a metaphysical tilt, but most of the album ends up being a swirl of words striving for LSD’d, sociological imagery and falling short.

The rhyme scheme is mostly still as basic as on his last album, “Human Block,” but there are improvements in terms of technical execution. Despite some hiccups, he mostly doesn’t sound like he’s drowning anymore when the beat goes faster.

The music is carried through a lot of monotone talk/singing, and the lyrics are struggling to convey a message that honestly doesn’t come across well because he lacks the skill to incur meaning in every line. Instead there are one or two bright spots in each song surrounded by extraneous fillers. There are occasional moments of genuine storytelling like “But I was just a kid then, super geek computer freak,” in “Story Set in Stereo,” that lapse back into the limits imposed by such a basic rhyme scheme. When his buddhist-monk-like chanting is contrasted to some of the features like Idolize the MC in “We Make Music,” he is unfortunately overshadowed.

“Cash Flow,” produced by Jimmy Nelson, is the best-produced track on the album, with smooth jazz riffs over upbeat snares. However, the rhythm proves a technical stretch for Rashenal, as he struggles to keep up due to inadequate breath control. “Life Learner,” the album’s namesake track, is one of his better-written rhymes and a definite step above the songs on his last album. Here he seems to hit more of a stride lyrically, scoring a couple nice lines like “Hip-Hop is a weapon for the youth to tell the truth/to cut right through the bullshit.”

The execution of the album’s third track, “BLURR,” nicely summarizes “Life Learner” and Rashenal’s career so far: More expressionless, albeit well-produced, rapping, but a marked technical improvement in the second half of the work.