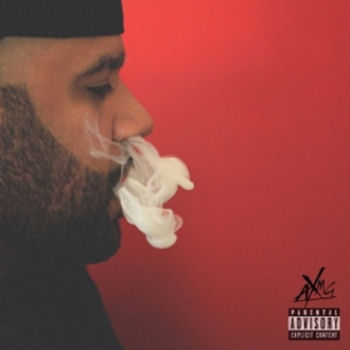 With his newest project, “Red Couch Chronicles,” Jonathan Sosa checks all the boxes for a transition into the mainstream. You’ve got an intro sassier than Dave Chappelle, the requisite “sex track,” and silky R&B hooks for well-delivered songs. The smooth production by New Jersey studio Alkatraxx wraps money, sex, and a come-up story in a jazzy old-school feel.

The first full track, “Again,” brings us initially into his bitter break-up, rocking string and percussion instrumentals over a heavy bass beat. After noting his relationship woes (“My ex jumping the broom and I had to find out on IG”), he easily slides into the ‘Fuckin’ bitches, gettin’ money, here’s how big my dick is’ machismo with some clever lines: “Clocks keep ticking, crumbs get us hos on the block, keep tripping/ Worst thing to ever tell a THOT she different/hos be the same/I cope with the pain.” Misogyny, like so many other things, is definitely more fun when it’s delivered in a creative and intelligent manner, which he accomplishes nicely.

“Native Tongues” is the rap ballad of the album, featuring Bazz on vocals over slow, trippy beats. It’s a track that probably should’ve switched places with the “Vibes” interlude, which conversely holds some of the best bars on the album. With a funky old-school bass and James Brown/Michael Jackson-esque grunts, it’s a great gym joint if anything. Disappointingly, the interlude runs for less than two minutes. That’s barely one sprint interval on the treadmill!

Clear influences by Wu-Tang and Jay-Z show through on tracks like “N****s.” Reminiscent of Wu- Tang’s “Shame on a Nigga,” he critiques the haters who dismiss him and his crew as “niggas.” At the same time he comes around and appropriates the word whenever he says it in his own voice and not the robotic, voiced-over version. Towards the end the two voices overlap, suggesting perhaps that there is a bit of truth to both interpretations of the culture. This is underscored by the switches between synth samples and punk-rock bass throughout the song, until they blend together.

As a Latino East Coast feel-good rapper, comparisons to Big Pun and Fat Joe are inevitable. By default, he is part of the transition of Latino rappers being “Spanish” rappers to mainstream rap in general. In spite, or perhaps because, of this, J. Sosa is adamant about not being placed in a box, and creating his own sound. Although he is still developing as an artist and his music isn’t really “what the fuck” in its originality quite yet, the potential is there. He’s honed his intellect and rhymes throughout the years, and his mixtapes have evolved far from being just a street-wise, conscious college kid.

With the “Red Couch Chronicles” he shows versatility and commercial appeal. “Small Talk” is a track that could easily be rotating in radio stations, and he appeals to the urban crowd in songs like “Live ’95” (ft Aitch), one of the best tracks on the collection. It starts off at the scene of a bank robbery and progresses through internal conflicts of the thug life. Shying away from the “conscious thug” brand of Pac-esque lamentation, the storytelling is unapologetic and raw. This continues as the former psychology major gives a nod to his roots in “R3AL”: “See I’m a product of the world-renowned narcotics/that got us through college/right from the product straight to a scholarship.”

The production on the collection seems a kickback to the jazzier, more textured sounds of Jay and Nas, spitting lines about street life over trumpet slides and a funky bass. If you liked J. Dilla’s production of Nas’s “The Season,” you’ll enjoy this collection. Chock-full of clever wordplay and hard-hitting hooks, J. Sosa is a rapper to watch out for in 2015.