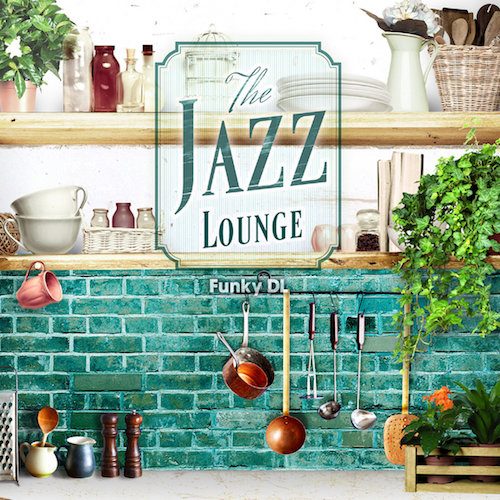 I’m going to own up to my ignorance and admit that before “The Jazz Lounge,” I had never heard of Funky DL, or listened to any of the numerous albums he’s put out since the mid-nineties. Maybe it’s because he’s British and my knowledge of British rappers is lacking. Then again, this site has never reviewed him, so maybe he’s so far underground he’s been under our radar. Either way, I’m not familiar with any of the songs on this remix album, so I am coming at it with fresh ears.

For the uninitiated (like me), Funky DL (aka Naphta Newman) is a rapper from London who made his name in the 1990s doing smooth raps over jazzy beats on albums like “Classic Was the Day.” According to Discogs, he’s released over 20 albums since his 1997 debut, and that doesn’t include the numerous instrumental albums he’s made. Judging from the songs on here as well as some of his album titles, Funky DL is a bit of a ladies man who loves old school hip-hop and jazz. He serves up 17 tracks of it on “The Jazz Lounge.”

The songs on “The Jazz Lounge” are jazzier, loungier mixes of tracks that Funky DL has released over the past twenty years. In comparing some of the tracks with their original versions, there aren’t many radical revisions. Mostly he’s adding jazz instrumentation and toning down the drums a bit. His production style is different in that he’s not just using short loops on repeat. It almost sounds like he has a live jazz trio jamming along to his rapping. Most of the songs are built with drums and piano, but he throws in acoustic guitar, electric guitar, and horns on some of the songs.

A few of the tracks are more loop-based. He flips an ESG sample on “I’m A Beast,” chops some funk guitar on “Cut from the Illest,” and raps over a piano loop on the nostalgic “Back Around the Old School.”

The mellow, jazzy music is the highlight of this album. Funky DL’s rapping is serviceable if understated. Despite being from London, he sounds like an underground rapper from New York City circa 1999. His flow, like his beat, is grounded in 90s hip-hop, and he offers up capable rhymes that aren’t particularly exciting.

“I’m just trying to keep the legacy alive,” he raps on “Le Jazz Courant Noir.” It’s a good summation of Funky DL’s approach to making hip-hop: keep the legacy of fifties and sixties jazz and nineties hip-hop alive, ignoring the trends of the day.