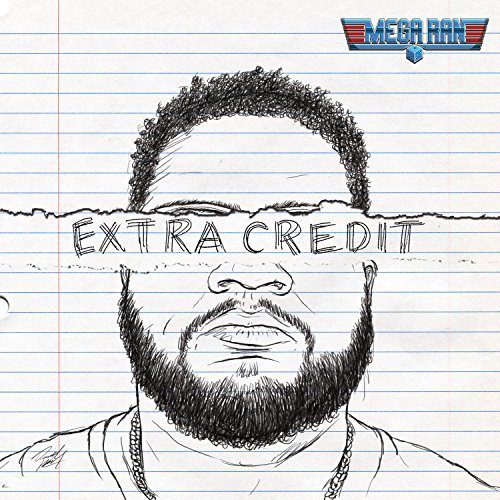 My childhood was defined by hearing adults tell me that rap “wasn’t really music.” I was already used to ignoring the clueless opinions of elders who said things like “Those blips and bleeps on your TV aren’t really games – go outside and play” or “You shouldn’t read that science fiction trash – here’s come classical literature.” Adults may think they mean well when they give you “advice” like this but they’re just demeaning you by saying, “The only things that matter is what WE say matters.” I didn’t trust them anyway. These were the same people who elected Richard Nixon and Ronnie Raygun and put us on the brink of nuclear war with people I had never met who I didn’t even have anything against. Why should I trust them? Would you? And as I got older my belief in the things I liked seemed to be vindicated. Rappers became household names. Video games became bigger than Hollywood movies. Sci-fi became chic. Everything they said about the things I liked turned out wrong and in the end, they seemed out of touch and foolish for not being able to understand anything new that happened after they turned 35.

I’m now the same age as some of those adults who used to look down their noses at me, and I have to resist those same urges to stagnate that I once so easily repudiated. Everybody is so happy that Sonic Mania

brought back “classic Sonic the Hedgehog,” but what if games like Dark Souls

have something worthwhile to offer too? People will tell you not to watch the new Mystery Science Theater 3000 without even giving it a chance, automatically assuming “if it’s not Joel or Mike it’s trash.” It’s so easy for older rap fans to talk down about drill or trap that I have to imagine the kids growing up give adults the same side-eye that I did hearing it at their age. “What would you know about it OLD MAN?” For some reason though society wants to enforce this notion that you can only like the things you grew up, hang out with peers of the same age who like said same, and never experience anything new.

Mega Ran (Random) is an artist who rejects stagnation with each and every release. He found a successful niche with video game raps and could have stayed in that lane for the rest of his career. His music struck a chord for many of us who felt like rap and video games had been artificially kept apart, and his fondness for the music and sounds of 2D platformers was a pleasant stroll down memory lane. Yes it’s true that Ran continued to release gamer inspired albums in the years that followed, but he has also thrown caution to the wind and come out with experimental albums and collaborative albums that pushed the boundaries of what his fans had come to expect from him. The common thread that gets interwoven through all of these adventures is that Ran lets you see Raheem. We get to know the man behind the music a little bit more, and although rappers have traditionally thrived by being boastful and cocky, Mega Ran lets us see his swagger AND his insecurity – he even blogs about it.

“I’m nervous for a lot of reasons; as this release will contain songs I haven’t let anyone hear because of their subject matter or approach, and most of all, because my own terrible handwriting will be on the packaging for the first time ever.”

The good news is that keeps Ran from becoming an ego monster even though he’s developed a highly successful brand that keeps him gainfully self-employed through a legion of fans all around the world. We hear that humble on “Extra Credit” on songs like the DIBIA$E produced “Eyes On Your Own Paper” featuring J-Live. That nostalgia thing immediately reared its head for me but didn’t go all the way back to my youthful gamer days – it went back to my 2000 era [adult swim] days and hearing Sven Libaek’s “Misty Canyon” sampled on MF DOOM’s “Basket Case” from “The Mouse and the Mask.” It’s flipped at a different tempo with different percussion but it’s pleasantly recycled because like Ran himself it never seems to go out of style.

Ran: “I look into my inbox and don’t want to respond
Cause it’s the same message that I’ve been dodgin
It’s a fan saying ‘Yo Ran it’s been way too long
You should probably be droppin new singles more often’
But every minute a new rapper is born
His daddy passin out mixtapes at his junior prom
‘My teen’s pretty talented’ but at what cost?
Now we fight for a feature post on the same blogs!
My last couple tourmates bring ’em out by throngs
They be ponderin speculatin on what I’m doin wrong
Spent the early years tryin to fit in and belong
And it took me just as long to get the hint and move on
So I’m gone… +On My Own+ like +Patti+ be
I noticed when I focused on whoever’s mad at me
I’d just wind up putting it in the music
Which isn’t just counterproductive, it’s stupid
So you’ll get it when it’s finished! I insist
Eyes on your paper man, vacant my business”

You KNOW you gotta be doing something right when I’ve barely even mentioned J-Live is on the song, and that’s certainly NOT because his contributions aren’t equally dope. Ran is also pulling some of the biggest collaboration names of his career to date. What J-Live is to rapping Sisqo arguably is to crooning, and you can hear him crooning on “Church Pt. 2” over a beat that cleverly remakes the ghost house music from Super Mario World (never imagined I’d write those words in the same sentence). Homeboy Sandman is on the Wann Sklobi produced “Bliss of Solitude,” Jermiside is on the self-produced “Mockingbird” (with help from Middle East Modern), and the album’s crowning achievement on the trophy list may be Ceschi and Sammus on the ECID produced “Old Enough.”

Ran: “I spent three grand on advertising
And that ain’t work, isn’t that surprising?
Would-be customers passing by it
Sorry ’bout that, man that’s the climate
‘Just my luck’, that should be my catchphrase
Got no healthcare, I need my X-rays
I float to Texas, no connections
They lose my luggage, it’s right on the jetway
I’m learning as I go along
I know I’m doing it wrong
Probably silly but what doesn’t kill me
Can most likely go in a song
Looking in mirrors like checking the news
Everyday something that gives me the blues
I’m good on the club, you’re expected to schmooze
Buy all the booze and eventually lose”

Why does it work? Because it’s nothing like anything Random has done before, and despite his insecurity about how the album would be received, I can’t imagine anything better than Ran challenging his audience to reinvent themselves as much as he does. He doesn’t eschew the fans who came to him through his video game raps and love of nerd culture, but he shows over and over again that you don’t have to become trapped by one thing you did at one point in your life either as the producer OR the consumer. He even reinvents himself WITHIN his album by including a Willie Green remix of “Your Favorite Song” which sounds like a techno-future version of Morris Day and (the MF’n) Time, and a Scottie Royal remix of “Rushmore.” Never stop innovating Ran. Remind us that age is nothing but a number and the best thing about classics is what people SHOULD be celebrating about Sonic Mania – not that “That good old s–t finally came back” but that “We took that good old s–t and did it in a brand new and totally fresh way.” That’s why Ran will outlast his peers – he’s never afraid to try something new.