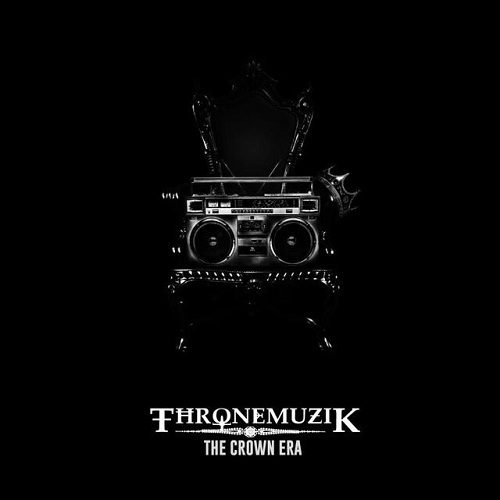 We’ve all been online shopping for a new coat or pair of pants. $20 for a peacoat? Hell yeah. Yet upon arrival, the stitches are coming apart, the shoulders don’t fit, and the material is cheaper than a prostitute in Calcutta. The design looks good from a distance, but the cut is just not up to par.

Cue the musical version of this. New York singer King’s debut rap album, “Throne Muzik” is promisingly packaged, but doesn’t live up to its claims of lyrical genius. However, the album itself isn’t actually bad for his first venture into rap, and its pitfalls and stumbles can mostly be attributed to amateur rhyming. “Throne Muzik” can pretty much be divided into two types of tracks: The aggressive strip-club joints that has Betty Friedan rolling over in her grave, and Drake-worthy serenades to feminine sentiment and weed. When he’s trying to sound hardcore, King often falls flat, but shows potential on the softer tracks like “Never Let Go” and “Blue Dreams.”

King puts himself on the platform of the “bringing real shit back” rapper with the opening track, “Collide & Conquer.” He delivers lots of distorted royalty references that harken back to battle rap days, “All Hail, y’all rappers all frail,” “Diamond chain mail, that perversion of Arthur” on dramatic bass drops and whistles. Similar to the Big Sean/Kendrick Lamar/Jay Electronica “Control” freestyle, King takes it old-school with the aggressive calling-everyone- out vibe “Crime type/I remind them of them grime nights/where we smack niggas for rep/now they doing it for vine likes.” There are more misplaced allusions here than a 3rd grade English paper, i.e “The world is a big pussy and she’s antierotic” and “I got a hustle like an orphan”. Oliver Twist never got any bread, son. Don’t say you’re going to be “real,” and that you’re going to save rap, then serve up French Montana-esque club tracks with missing punchlines.

About half the album consists of tracks like this, with well-produced instrumentals over 808s and siren wails. He makes a lot of the mistakes first-time rappers make, producing anatomically questionable gems like “Every time you go out, I’m knee-deep in your bitch” (All We Do), and “Want me to beat it raw like Rocky in the freezer” (M.M.F.G).

King’s potential shines through when he stops trying to put himself on a pedestal. In the rap ballad “Blue Dreams,” he delivers some nice lines over smooth, jazzy beats and a spacey vibe. Although, it is practically impossible to f**ck up lyrics about weed. It’s like PMS; an automatic excuse to say whatever screwy thing and blame it on something else.

But if you can get through the first half of the album without laughing too hard, you’ll find several tracks like “For the Love” and “The Chase” that exhibit budding talent and commercial appeal. Basically, King’s at his best when he’s not talking about how big his dick is in every other line, and relaxes enough to be vulnerable.

As a club album, “Throne Muzik” has enough hooks and hard beats to nod your head along to. Lyrically, however, the most advanced it gets is “she be like, â€˜Doma, doma,’/shake it like you want this motherfucking dome, ma” (“All We Do”). It’s the type of album to listen to at 2 a.m on a Saturday when your blood alcohol level is reasonably high. Just don’t listen too closely to the lyrics.