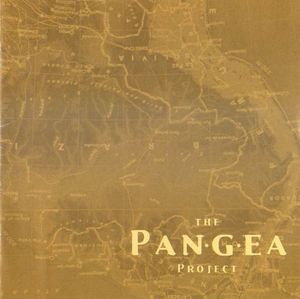 While much of rap’s revolutionary vigour has been effaced and sterilised by frivolous, materialistic drivel in recent years, the spirit of visionaries like Chuck D and KRS-ONE still resonates in subterranean circles, in the hearts and minds of artists who endeavour to preserve and advance rap’s ideological focus. While affiliate K-OS has captured the imaginations of heads across North America with his piquant potpourri of funk, calypso, rock and rap, all injected with highly relevant diatribe, the artistic collective known as The Pangea Project has lingered in the shadows, seemingly languishing in anonymity while completing this, their debut collaborative effort. While their fusion of warm, organic, rootsy production and profound, poetic lyricism shouldn’t surprise Toronto locals familiar with their individual artistic efforts, it is my sincere hope that this effort reaches audiences as expansive and diverse as K-OS’.

While there is nothing particularly innovative or sonically adventurous on offer with this platter, the sheer lucidity and insight on display make up for any shortage in musical experimentation. Atop ethereal synths and harps (as provided by eternally slept-on Bookworm of the Oddities), Kamau, Change, Equinox and Natural paint vivid pastiches of Toronto as a bustling, merciless metropolitan jungle on “City Of Angles,” delving into the grim realities that remain shrouded away from the bright lights of the city. “Caught in the Act” presents a refreshing take on the ladies’ track, a fiery denunciation of chickenheads and gold-diggers that prompts self-reflection and introspection as opposed to mindless rump-shaking. “The World’s Greatest Entertainer” explores the concept of television as propagandistic instrument, a tool harnessed to desensitize the masses, one that has overwhelmed our faculties of thought and cast us into complacency. Far from being half-baked conspiracy theories, the vehemently anti-dogmatic “Voodoo Doll,” “Think Twice” and “Labyrinth” all resonate with a fierce intelligence that stands resolutely against the redundancy that plagues many of their contemporaries.

It is shame, therefore, that the Pangea Project tend to become victim of their lofty artistic ideals – the ceaseless commentary can become a little drab, a little too stoic and solemn to be wholly engaging. While K-OS adorns his heady messages with tasty musical accoutrements and a willingness to experiment with various textures and dynamics, the monotonous, verbose delivery of these four emcees can prove to be rather trying after extended listens. It is frustrating that there are moments on the disc where their poetic profundity is defeated by monochromatic vocal execution – while each artist is an outstanding talent in his own right, their styles are so similar and uniform that they become virtually indistinguishable on several tracks. This lack of personality serves to stifle and dilute their potent, highly relevant content, something that could have been avoided if they placed as much of an emphasis on their music as they do their ideology.

This is, of course, not to say that you should even begin to consider overlooking this disc. Every verse on this record radiates and gleams with conviction, ingenuity and assured intelligence, all delivered with a relatable humility and honesty that steers far away from the preachy, patronising condescension of some of their peers. Bookworm’s contributions to this effort are nothing short of breathtaking, exuding a soulful charm that meshes seamlessly with the approachable, sincere feel of the record. If you’re looking for a cerebral listen that doesn’t engage in holier-than-thou posturing, you really need to hear this album.