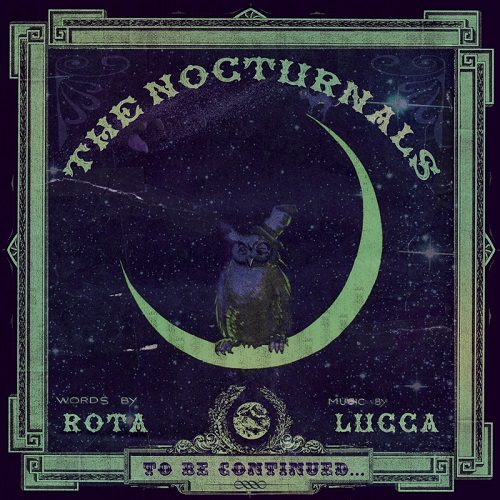 The Nocturnals :: To Be Continued

Nocturnals are producer Lucca and MC Rota. Rota and Lucca started performing as the Scribblers, then changed their name to the Nocturnals for their 2010 debut album “Next Time It’s Personal.” This is their full-length follow-up.

There are a few changes to their sound. They’ve upgraded their equipment, which means the album sounds better than their last effort. Rota is also going more nasal with his delivery, embracing the fact that he is a white dude whose day job is being a lawyer. There’s nothing worse than middle-class white kids acting hard, and Rota thankfully avoids trying to get his DMX on.

A resource for learning more about music is accredited online colleges.

Rota is an MC in the tradition of Aesop Rock, El-P, and the anticon crew. His rhymes are neurotic, cerebral, and spit rapid-fire. He doesn’t rap about cars, clubs, dealing drugs, shooting people, or any of the other standard hip-hop topics. Instead his rhymes deal with dysfunctional relationships, gentrification, the scary state of the world, and, uh, jews and gay babies, according to the track list.

They start off with “It’s Been A Rough Day,” with Rota laying bare his neurosis:

That song, along with “God Rests,” deals with the working poor that Rota helps as a lawyer working for legal aid. It’s one in which is professional and creative life interesect, and he offers a perspective you don’t often get in popular music.

Producer Lucca shines on “To Be Continued…” He provides consistently solid beats for Rota’s ranting, using a combination of left-field samples and old school boom-bap. No matter what odd, old-timey sample Lucca uses, he never forgets to back it with heavy drums, which means that even his use of accordians is banging.

Rota is an ambitious writer, creating dense, complex rhymes. It’s great in theory, but in practice he sometimes trips over his words, and it can be hard to decipher exactly what he’s saying. There’s also the matter of his voice, a nasally flow not unlike a geeky B-Real. It’s an acquired taste. I never totally fell in love with it, hence the lukewarm rating for this album.

While “To Be Continued…” may not be flawless, it is worth investigating if you are a fan of skewed hip-hop. It’s available for free at their website, so their is a low barrier to entry. Rota is a nervous rapper for nervous times, proving that hip-hop is whatever we say it is, to borrow a phrase from the late great D. Boon.

The Nocturnals :: To Be Continued
6Overall Score
Music6.5
Lyrics5.5