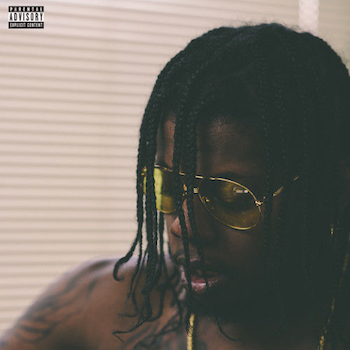 Trinidad James :: The Wake Up EP

I’ll say it yet another time, Nicholas Williams still strikes me as a nice guy – and yes his rap persona, Trinidad James, still makes many people in the hip hop community feel some kind of way about him. For what it’s worth, T. James was supposed to be a flash in the pan – erased from our memories a long time ago, especially in these times where an artist is here today and gone TODAY. Relevancy is fleeting and consumers’ attention spans are waning faster than your Twitter timeline refreshes, so what has given Trinidad James such staying power? On no given day will anyone confuse Trinidad James for a more gifted wordsmith, but every now and then he can put together a couple of thought-provoking lines that doesn’t sound half bad. In addition to that, he has a certain openness and honesty coming across through his music that feels more genuine than a bevy of his contemporaries.

So, in the time that has passed since “10 Pc. Mild,” James was dropped by Def Jam and everyone seemed to emerge with jokes to get off. But as Marshawn Lynch of the Seattle Seahawks would put it, the mid is still selling and James is still making music of his own and collaborating with others. One might even be compelled to say that getting dropped by the label that signed him to a reported $2 million dollar deal was the best thing that could’ve happened to him.

In anticipation of the upcoming “No One Is Safe,” T. James has dropped “The Wake Up” EP. The five-track offering is just the right amount of music to get listeners anxious and primed for more to come. The project gets going with “Lost In My Dreams,” a sparse and airy instrumental track that has a cinematic feel to it – perhaps comparable to some REM sleep that’s about to be interrupted. Upon waking up, many of us guys are susceptible to the phenomenon known as “Morning Wood.” Trinidad seems to find the perfect use for his on the track of the same name. Coming along for the ride are Problem and Friend. The following two tracks find James delving into more personal subject matter.

“Get Dressed” questions several things like James’ decision to start rapping in the first place, what is the motivation for other rappers and even finds him wishing that the Boston Marathon bombing never happened. He also questions the effect of his fame on his relationships with people who are supposed to be his friends. “Don’t Ever Lose Your Joy” is largely manned by Trinidadians Neval and Denice Millien but not before James pines over some of the broken hearts he’s left behind him on his journey. The EP closes out with “Have A Nice Day.” The track is Trinidad James at his shit talking best. All he needs is a molly to get the shit popping – but he doesn’t advocate the use anymore. He even goes as far to say that anyone who still pops molly is trippin’. The pun likely isn’t intended, but it is duly noted. As the song concludes, we get a monologue from James about how real his upcoming album is going to be. We’ll have to see about that. In the meanwhile, Trinidad James wants you to know that he ain’t changing and have a blessed day.