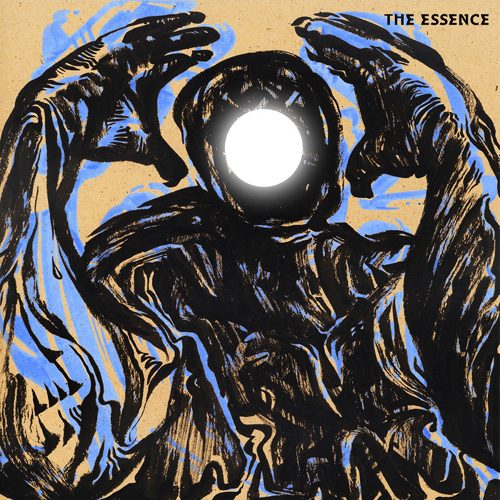 Being a hip-hop artist from the South can be either a burden or a boon. Because of Southern hip-hop’s dominance on MTV, BET, night clubs and radio stations, causal listeners will become so enamored, so dependent on it that they refuse to give anything else a chance. If the music is filled with trap beats and simple synths, those listeners are completely with it. With few limited exceptions (T.I. and Lil’ Wayne), the lyrics over these beats are mostly simplistic and misogynistic to such an extent that perceptible listeners wonder how and why people don’t take the time to actually think about what they’re putting into their ears. It’s like the casual listeners have a hip-hop variation of Stockholm Syndrome that works to the benefit of only those for whom those listeners have been captured by.

And then you have anomalies, the ones who stand out, in Southern hip-hop: The OutKasts, the Little Brothers, the CunninLynguists, the Goodie Mobs, et. al. They’ve all foregone the conventions of mainstream Southern hip-hop and, though finding success to varying degrees, are still met with a barrage of backhanded compliments (“You rap pretty good…for a Southern rapper”, for example). I can’t count the number of times I’ve heard acts like these decried for using sampled beats instead of trap beats and for having a diction exponentially greater than that of a third grader. The New Orleans rap duo The Essence (emcee J-Dubble and DJ/producer Rik Ducci) fall into this category for certain.

Though there have been plenty acts from outside New York that have east coast-styled beats & rhymes, very few have been successful. Early releases from Chicago emcee Common exemplify this style. But this is New Orleans were talking about and, in a way, it makes sense for The Essence to follow that same pattern considering the musical eclecticism of that region. From listening to this self-titled release, they certainly are students of the classic hip-hop Golden era. Coupled with the two-man “He’s the DJ, I’m the Rapper” format they’ve adopted, their sound has a consistency that was not lost on this listener.

The intro and the outro (both produced by Joe Archie) both contain alpha and omega verses from J-Dubble, but it’s the album’s second track, “Marinate” that pulled me in. With a soulful loop and crafty lyrics, the hook represents what I think this album is about: “It’s good for the soul, go on let it marinate”. The next track, “Day 1”, is marked by heavy dusty drums as well as J-Dubb’s going-for-broke rhymes and flow. The track is introspective about his struggle and his perseverance without resorting to actions that just aren’t him. Sampling on the album varies as well. On “Humble”, we get our first taste of a vocal sample as part of the beat, but that’s where the album began to slightly lose me. Granted, even with sonic consistency, it can be perceived as repetitive. But that notion changed once the seventh track, “Juggernaut J!” hit my ears. Backed by a looped funk/Blaxploitation soundtrack string sample, this is J-Dubb at his best on the album. His wordplay-laden battle rhymes were sprinkled with plenty of pop cultural references and the beat was reminiscent of “The C-Quel” by Canibus. My only gripe with the song is that it didn’t last longer than two minutes and eighteen seconds:

“You Captain Crunch with no Pop, get Sugar Smacked
Lemme get offa that and bring that hurl right back
It’s no coincidence that this style is Common Sense
I’m Kweli and Hi-Tek: Reflect bright
My Eric Wright’s speak the Harmony: East 99
So on the 1st of tha Month, go ‘head and take a ride”

The album is rife with positive vibes, especially on the lyrical tip. “Live It Up” has it in spades as does the aptly-released-on-Valentine’s Day single “Love Thing”. Too many times, in hip-hop songs geared towards the opposite sex, you hear mostly over-the-top sexualized lyrics. On this one, J-Dubb simply talks about meeting a girl and falling in love with her. Also on “One Two, One Two” J-Dubb recruits fellow NOLA emcee Elesspee to spit a verse. The track starts with what sounds like a dusty interpolation of the drum-break opening of the Honeydrippers’ “Impeach the President”. With Elesspee’s hoarse flow and delivery, it complements J-Dubb’s without fail.

While “The Essence” is one of many efforts in recent years to recapture the love and nostalgia of hip-hop during the early to mid-90’s, this is not a formula-driven release. For starters, J-Dubb is keenly aware that it’s 2015, even with Rik’s ’90’s vintage-sounding sampled beats. Speaking of which, Rik’s beats initially had me thinking “Apollo Brown” because of the drum snares and similarly-chopped samples. Further listening shows that Rik has a style of his own.

Despite frequent flashes of reminiscence, underground hip-hop adjusts to the times in a way that always says this to the more popular mainstream hip-hop: “I’ll be nice to you when I see you. But beyond that, fuck off. We don’t need to hang out”. It’s like looking at the high school interactions between the popular pretty-boy jock and the nerdy, smart kid he’s routinely belittled since freshman year. Mainstream does its own thing just as underground does, all under the same hip-hop roof.

Even with their large regional following and years on the grind, J-Dubble and Rik Ducci are part of that underground. An underground that has thrived and continues to thrive because of individuals like these two creating albums like “The Esssence” which show that doing this rap shit with love is what keeps it alive and well.