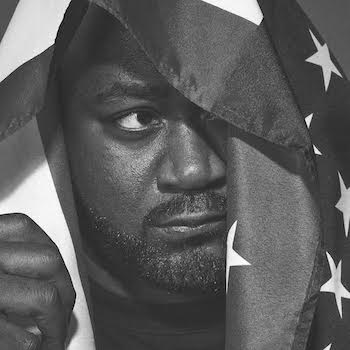 Whatever sins Ghostface Killah might be guilty of, sloth is not one of them. “Sour Soul” marks his fourth album in three months (if you count the Wu-Tang Clan’s “A Better Tomorrow” and “88 Seasons”), and he has four other albums that are set to be released this year. A lot of these are long-gestating projects that are finally getting released, but even so, eight albums in a year is impressive. The danger with such a prolific output is that there will be a dip in quality. If “Sour Soul,” Ghostface’s collaboration with Canadian hip-hop/jazz group BadBadNotGood is any indication, Ghostface isn’t cutting any corners.

Unlike the previous collaborations that Ghostface did with live bands (“12 Reasons to Die” and “36 Seasons“), “Sour Soul” isn’t built around a concept. Instead, it’s a collection of twelve songs built around Ghostface telling street tales.

BadBadNotGood are a more subdued group than The Revelations or Adrian Younge. It’s mostly keys, bass, and jazz drums, with the occasional guitar and strings. This makes for a quieter, more subtle sound that pairs uneasily with Ghostface’s loud and aggressive rap style. On “Six Degrees” Ghostface and Danny Brown walk all over the instrumental, which sounds like a spaghetti western take on g-funk. The two MCs are too brash and exaggerated for the track. A similar problem occurs on the title track and “Food.” Tree and Elzhi are better matches for BadBadNotGood’s sound, and the songs with those MCs are both highlights of the album.

The collaboration works better on songs that either match Ghost’s volume (“Mind Playing Tricks,” and “Nuggets of Wisdom”), or push him outside his comfort zone. “Tone’s Rap” is a slow-burning bit of psychedelic soul that gives Ghostface plenty of room to go big rapping about pimping:

“I’m bumping the Isleys, Al Green got a pimp on lean
I got a main bitch, a side bitch, and two in between
Nyamean? I make a ho polish the chrome of my gun
‘Cause pimping ain’t easy but it sure is fun”

DOOM shows up on “Ray Gun” to give a taste of what he forthcoming DOOM/Ghostface album might sound like. I haven’t loved much of DOOM’s recent output, but “Ray Gun” got my hopes up that the old DOOM might be back.

“Sour Soul” is a low-key effort. It clocks in at 33 minutes, making it a few minutes shy of being an EP. Most of the songs are on the short side, and often have a minute or two of Ghostface rapping followed by an extended instrumental breakdown. Beyond there being a mismatch in volume between Ghostface and BBNG, there is also a mismatch in tone and content. BBNG’s mellow instrumentals would be better suited to a more laid back and positive MC. Ghostface’s foul-mouthed street crime raps are often a jarring juxtaposition with the lazy jazz that BBNG lay down.

In terms of rhymes, Ghostface is rapping about what you expect and demand from him. There are tales of drug dealing, pimping, and lots of references to his legacy. The lack of a central concept gives Ghostface some freedom, and removes the need for Ghostface to shoehorn in a plot. He can just do what he does best, revisiting the same set of themes he’s been working with for over twenty years.

Listening to “Sour Soul” I realized that the reason why Ghostface has had such a long and prolific career is because he doesn’t depend on staying current or topical. His rhymes don’t get dated because he’s not really attempting to ride any trends or rap about what’s happening now. It’s always stick up kids, drug deals, and pimping in Tony Stark’s world. That’s good because it gives the fans what they want, but there is also a sense that Ghostface is spinning his wheels a bit. You get the sense that he could spit rhymes about a drug deal gone bad in his sleep.

“Sour Soul” isn’t the best album in Ghostface’s discography, but it is a fine effort. Given what he’s recently released and what he has on deck, this might not stick out as THE Ghostface album to buy. Still, the guest spots are great, Ghost is delivering his A game, and it has a quirky funk to it that makes it worth seeking out.