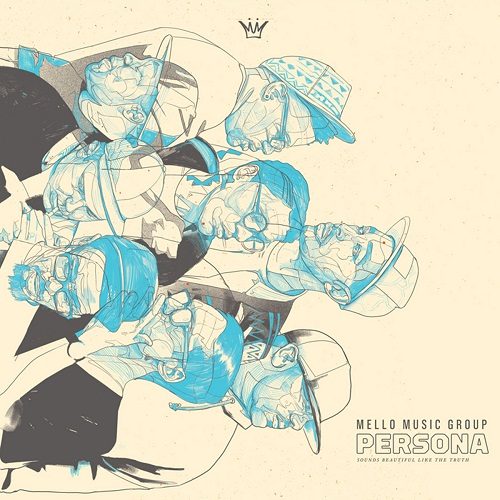 Since 2009, Mello Music Group has been one of the premier record labels in underground hip-hop. Most years they kick off their list of releases with a compilation, which serves as a preview of what fans can expect from the label. This year’s release is “Persona,” which is one of Mello’s best compilations to date.

With highly anticipated albums from Oddissee, Rapper Big Pooh & Apollo Brown and Red Pill in the works, “Persona” is a great sample of things to come from the indie rap powerhouse. “Persona” is Mello’s most focused compilation to date, as many of the tracks feature a political tone.

Open Mike Eagle, whose “Dark Comedy” album was one of the best of 2014, is one of most valuable players on “Persona.” His two tracks, “Celebrity Reduction Prayer” and “Dark Comedy Late Show” are a continuation of “Dark Comedy.” Both songs are very political and showcase Open Mike Eagle’s nihilistic wit and humor.

One-third of Ugly Heroes, Red Pill, who is going to be a rookie of the year contender, also has a pair of excellent tracks. He trades verses with Oh No on “The Run,” which shows the Michigan rapper’s more energetic side. Red Pill’s “Darlin'” is produced by Blockhead and is one of the best tracks on “Persona.”

Mello veterans Oddisee and Apollo Brown once again spearhead the record with a few standout cuts each. Oddisee produces three tracks and raps on two. “Persona” features both members of the defunct Little Bother on two separate tracks. Oddisee pairs up with Phonte on “Requiem” to start the compilation on an extremely high note. And Apollo Brown teases his upcoming EP with Rapper Big Pooh with the excellent, penultimate track “No Future.” Pooh also hops on a track with Quelle Chris and Oh No called “You First.” Brown also laces stand out tracks such as “Troubles” with Masta Ace (how have these two guys not done an album yet?) and “PNT” with Ras Kass.

“Persona” is a pretty consistent compilation with only a few missteps. The aforementioned “You First”; Quelle Chris and I,Ced’s “House Rag”; Kool Keith and L’Orange’s “You First”; and yU and Tall Black Guy’s “Lose the Ground” are among the weaker tracks on the otherwise very strong project.

It’s shocking how consistent Mello Music Group has been over the past five or six years. Their output is damn near unprecedented and their line-up continues to add more impressive cogs each year. This label does a great job of fostering new young talent and revitalizing veterans. I’m excited for another great year from Mello Music.