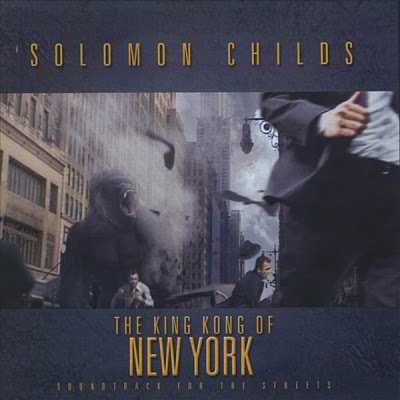 I love me some Wu-Tang, I really do. Just this week I saw them perform in Bristol (UK) and despite the absence of RZA, Raekwon and Method Man, I enjoyed the 90 minute set. There was the constant feeling though that everything was a bit backwards. Ghostface spat all of “Mighty Healthy” yet only one minute was given to the crew’s “Bring Da Ruckus”. Different members would perform Meth’s verses, and the end of the night saw U-God share a new track that had not been unveiled yet. Inspectah Deck and Ghostface Killah were promoting their new summer albums – I remain about three albums behind on Ghostface, the guy is a machine! But the most perplexing, and ultimately disappointing aspect of the concert was that there was NO mention and NO songs performed from their latest album “A Better Tomorrow”. That says a lot about the Wu in 2015.

While the individuals may not need the Clan projects to justify their new solo releases, this does leave the Wu-Tang affiliates in an odd position. Many have severed connections with the Wu-Tang brand, and it’s been a while since a new affiliate was introduced by one of the core Clan members. Solomon Childs was part of Ghostface Killah’s crew Theodore Unit, who released one of the better sub-group albums in “718”, released in 2004. Solomon left the group the next year, and has dropped numerous projects since; “The King Kong of New York” his latest. If you check for “The King Kong of New York” on Spotify, you’ll find that the album is listed as a 2008 release, which is somehow incorrect yet equally appropriate.

Solomon Childs sounds like a mix of Sheek Louch and Trife Diesel, but lacks the overblown attitude of either. Production here is largely polished, but nothing spectacular – there’s a distinct mixtape feel to the whole project. “Fire At Your Own Risk” is a typical Solomon Childs track which errs on the side of unfulfilled potential. The energy is there, the Dipset-style instrumental is satisfying, but it’s a nothing song thanks to a flawed hook and forgettable verses. It’s also inexplicably censored.

If you still get a kick out of the New York sound that was prominent ten years ago, and insist on buying anything Wu-Tang related, no matter how obscure the link is (here it is a couple of throwaway Ghostface collaborations and an intense Cappadonna verse). Even with Wu-tinted glasses on, this is a hard sell and proof that an injection of the Wu would have gone a long way to adding some uniqueness to what is effectively a middling street record.