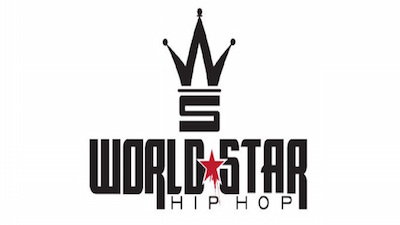 According to the most up-to-date and non-commercially available data, WorldStarHipHop is ranked #1,273 of all websites around the globe and #383 for the United States. That may at first sound unimpressive unless you consider that there are over 180,000,000 active websites around the world. That puts WSHH in the top 1% of all sites worldwide – in fact the top 1% of the top 1% of the top 1%. It’s not surprising you see a crown in their logo – that’s some king level s#%t. You have to respect the position they’ve achieved and the success that they have.

When you’re the king and you’ve got a crown though, you’ve got to watch the throne because somebody might try to stab you, kick you out of the chair, and put on your crown while you bleed to death on the ground. Coincidentally that’s what a lot of the videos on WorldStarHipHop look like. A lot of the content that YouTube would ban for encouraging violence, abusing minors, or showing people committing criminal acts seems completely at home on WSHH. If your Twitter or Facebook feed blows up with a viral video of a fight, WSHH is usually where it came from.

WorldStar makes no apologies for this, and I’m not suggesting they owe anybody one (I’ll leave that to other commentators), because aside from a few high profile cases of them being sued (50 Cent) most of their content is submitted and posted by users and fans of the site. Now their submission standards might be broader than YouTube, but they do have a pretty healthy disclaimer on what is and isn’t permitted. It also notes they have the right to “edit, change, add to, take from, rearrange, vary, embellish, alter, modify, revise, duplicate, translate, reformat and/or reprocess your User Content” so it can even be said many users who don’t read the fine print may not be aware only the salacious parts of their submissions are going to make the cut (and consequently go viral). They mix in some hip-hop music video premieres here and there to keep SOMETHING of a balance to their content.

The problem for me is that’s not really what WSHH is known for. WSHH founder Lee O’Denat (“Q”) offers what feels like a reasonable defense for his content, one that hip-hop artists and ardent supporters know well: “We’re showing people what’s been going on forever. And people want to point at us and blame us for what’s going on.” It’s Black CNN. Et cetera. The truth is more nuanced than that though. Every day in every hood somebody walks to school and DOESN’T get shot. Somebody helps an old lady carry groceries up three flights of stairs. Somebody makes a song about their dream of being an architect or finding a cure for virulent diseases. The camera lens isn’t necessarily swinging both ways.

This is a debate we’ve had for a long time in our album reviews and editorials at RapReviews – whether or not the lens of hip-hop’s metaphorical camera is capturing the whole picture. The good news is that it does. The bad news is that the entertainment industry is not interested in that picture. The reason sites like TMZ and Gawker are so big is because like WSHH they are shamelessly exploitative and equally unapologetic – they just go after athletes and celebrities instead. Sex and violence sells – we all know and accept it. I cover mixed martial arts for a living – I’m no innocent bystander to the popularity of violence as entertainment. The thing that bothers me about “WorldStarHipHop” deep down is the name itself, as though people will assume THIS is what “hip-hop” is.

WSHH may be a part of the hip-hop discussion, but just because it’s the king of all viral videos doesn’t mean it should be confused for representing hip-hop music and culture. It’s a “content aggregator” and for-profit venture, and should be thought of and recognized as such.