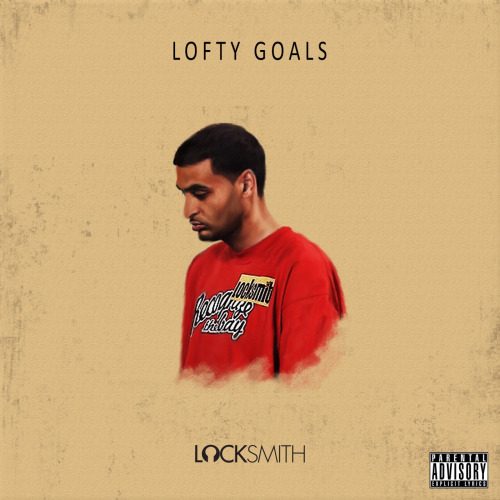 I remember seeing Locksmith last year as part of RA the Rugged Man’s support (alongside Eamon) and recalling he was incredibly emotional, yet retained a gripping ‘gangsta’ side to his persona. When you think of RA, it’s easy to associate everybody he works with as having a penchant for intense lyricism and verbal gymnastics, so it was certainly interesting when Locksmith was introduced as a freestyling emcee who was incredibly open about his life. He was talking about how being abused as a child messed him up and he was always getting in to trouble (which was “Hardest Song Ever”, a powerful tale of how he was molested as a child).

Delve a little deeper in to the Internet and it turns out Locksmith IS ridiculously lyrical, and while his freestyles are impressive, they never feel like the freestyles he rocks live on stage. The type of ad-hoc rhymes that a Supernatural used to kick. Freestyles actually being written verses memorized is another subject for another day, but Locksmith’s new album “Lofty Goals” is both lyrical AND personal, a combination in Hip-Hop that doesn’t combine effectively as often as it should do.

The likes of “Boxes” and “The Love” show Locksmith is more than happy to rap over what can only be described as the music FKA Twigs makes. Alternative R&B and minimalist backdrops do work well however, as it keeps the focus on the story-driven nature of “Lofty Goals”. In fact, the production is surprisingly diverse, and it’s mostly down to Mike Blankenship and Locksmith himself having a hand on most tracks. It doesn’t always work of course, but it rarely feels forced. The ladies are shown respect on “American Beauty” and politics is touched upon on “Fallen”.

It’s difficult to summarize the themes that play out, as every bar carries a powerful, almost intricately prepared message. You can tell Locksmith spends a lot of time writing his lyrics and thankfully he possesses the passion and presence to deliver them. There are some minor flaws however, namely the boastful guest verse from Chris Webby which sounds alien amongst Locksmith’s rhymes, almost as if it belongs with Locksmith’s freestyles on the radio. “10KONDRMS” also suffers from the dreaded overblown multis/internal rhyme scheme syndrome, which may impress new listeners but thanks to guys like RA The Rugged Man and Eminem, feel underwhelming in 2015.

This album is hugely accessible and it surprises me that fans haven’t latched on to Locksmith the same way that they have with a Logic or a J. Cole. Some of the production isn’t as satisfying as it should be, leaving Locksmith quite lonely despite the abundance of guest vocalists. His formula is very radio-friendly, albeit unlikely to see him crossover like Eminem did fifteen years ago, as blunt, technically astute lyrics just aren’t what industry types are looking to push right now. Hopefully with Kendrick Lamar’s success it shows that there is a place for honest, heartfelt rap with that street edge, and Locksmith has the tools to deliver on his “Lofty Goals”.