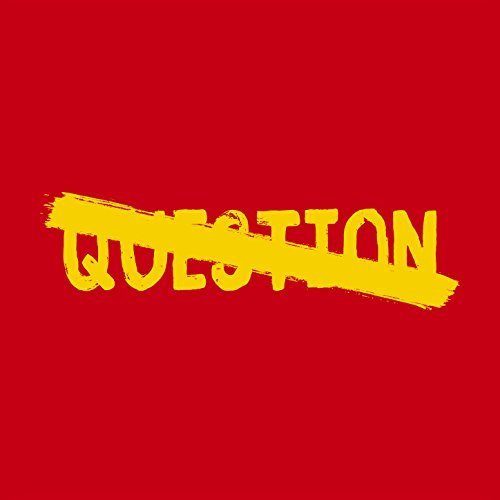 The idea of less being equal to more has been trending recently in hip-hop, especially and particularly in the track length of album releases. The inclination of Kanye West to release both solo and joint projects (each with just seven tracks) on the past several Fridays via his G.O.O.D. Music label steadily pushes this idea forward. Even though something that is ridiculously fat can be created from something that is anorexically slim, it’s still merely an idea at the end of the day. By itself, the idea has no power. Only when it’s set in motion does it have power, and it’s only possessed of force when packaged right and aimed in the right direction at the right target. Detroit beatsmith Apollo Brown and the West Coast emcee named Locksmith fully understand this idea of less being more and delivered their own project which bears a title that leaves it as the biggest standout among all of the recent string of short-length releases. Not to mention among of 2018’s most stand out hip-hop releases.

Even though he made a lackluster departure from his customary production style on last year’s “Anchovies“, Apollo Brown is back in full-force on “No Question”. With sampled-loops, drums which land in the pocket, and all the other sounds (bass, piano, woodwind instruments, etc.) landing in place, the whole musical aesthetic has Apollo’s trademark polished boom-bap sound written all over it. Locksmith remains as lyrical as ever and hearing him rap over Apollo’s beats is music to my ears in a literal sense. While he typically has more musical input on his own projects (producing in addition to emceeing), he’s placed that on the back-burner to allow Apollo to provide the soundscapes for his pensive verses. Though Locksmith no longer raps with the battle rhymes and punchlines which got him noticed, he’s still sharp no matter the concept.

Though “No Question” has seven songs, it’s actually comprised of eight tracks. The first of which is “Just Ask”, a vinyl-sampled jazz instrumental without words and less than 45 seconds long. It’s also worth noting that Apollo didn’t include any movie-sampled dialogue anywhere on this album. Perhaps the proposed album length didn’t permit it or perhaps both he and Locksmith preferred to let the music speak for itself. But the real music drops on the second track, “Advice to My Younger Self”. Apollo’s use of sampled horns and a piano riff go well together with his choice drum configurations, and Locksmith’s determined flow and lyrics are a welcome departure from the laid-back flow which is typically adopted by most California emcees. But the track shows the level of rumination he applies to his verses, as he imparts rapped hindsight lessons to his younger incarnation. The song is good, however I think a third verse would’ve topped it off nicely.

The title track has a chopped string sample, snares combined with high-hats, and bears Locksmith’s penchant for alliterative rhymes and wordplay. It’s often said that an emcee’s job is to “move the crowd”, but Locksmith declares himself here as “the one rapper to lyrically move the needle”. The track titled “Between the Raindrops” contains arguably the best beat on the album. The way the bass goes with the snares, as well as the sampled flute/clarinet loop, sound DJ Premier-influenced in a way that does not detract from its quality. I found Locksmith’s rhymes to be most certainly relatable. In it, he raps lyrics from a third person perspective about a high school kid with different hip-hop tastes which were outside of what’s considered “cool”. Anyone who’s been in those shoes, whether in youth or adulthood, can definitely understand the frustration.

Locksmith continues his narrative format on “Slow Down”. With a beat driven by sampled piano keys, Locksmith waxes lyrical about establishing a relationship with a woman who, while not playing hard-to-get, prefers to give it up a little at a time. Then there’s the chipmunk-soul inspired “In My Element”. Decidedly not a story narrative, Locksmith raps how he knows best from in a zone he knows best. For the hook, Detroit hip-hop pioneer DJ Los provides the apt scratched-in vocal sample of “back in my element” (which, on this album, is especially true of Apollo). The sole single for the album, “Litmus”, is a track which both producer and the emcee simply body. Apollo laces together a good beat from a melodic looped vocal sample and adds hard drums while Locksmith goes IN on just one entire verse. It was definitely a good choice for the single and the title considering the intended demographic is underground.

“Wake Up” closes out the album and is a departure from the drum snares from earlier tracks. Apollo uses what sound like 808 snares combined with a chopped (then reversed) sample. Lyrically, what’s most noticeable is that Locksmith uses a different flow within verses, a fast-paced tongue-twisting one, at that. In closing, I think that “No Question” is one the best hip-hop releases in 2018 so far. Though the title of the album may have a connotation of arrogance to some, it’s not arrogance if you actually back up your gumption, and Apollo and Locksmith created a short album that is undoubtedly without any shortage on quality. Though this year both started off and continues on with strong hip-hop albums, Apollo Brown and Locksmith produced one that belongs in 2018’s hip-hop upper echelon. No question about it.