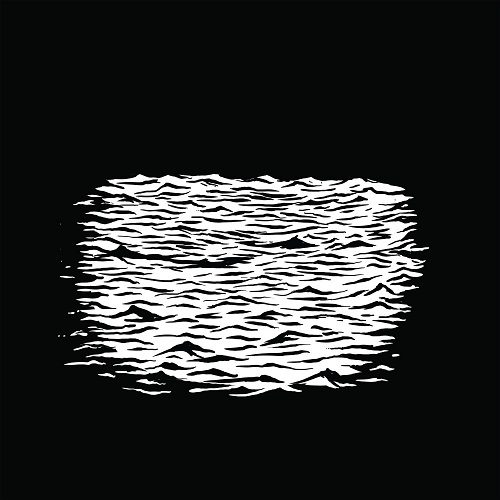 Vince Staples, at 22, is wise beyond his years. This wisdom is both his greatest strength as a writer and a trait that makes his work a tough listen. His attention to detail in the graphic stories of some of the bleakest moments of his teenage years makes for poignant verses and songs. But over the course of a full-length album, Vince Staples’ nihilistic views on a troubled world can be a bit of a downer. “Summertime ’06” is the story of a 13-year-old growing up on the north side of Long Beach. This story does not have a happy ending.

Vince Staples’ take on gangster rap is probably the most depressing take on the genre I’ve ever heard. While this record is likely to draw many comparisons to Kendrick Lamar’s “good kid, m.A.A.d. city,” its biggest difference is there is no hope or uplifting moments. The closest he gets to an “uplifting moment” is on the album’s penultimate track, “Like It Is,” where he hopes he can make it to heaven despite all the bad things he’s done. This is Vince drawing from experiences he endured as a 13-year-old, and it’s incredibly dark:

“Do doves cry when the black man dies, or do we croak with crows?
The young catch gun shots, the old catch the holy ghost
Ho I love not, I never seen no pot of gold
Just bar windows and six fours with no switches
Was broke with no bitches, she love me though
You’ll kill me if it make you richer, what you screaming, you my brother for
Heart is where the hatred is, the brain that stained the love below
And life is what you make it so I’m makin’ money for my folks”

Vince’s brooding subject matter is complemented nicely with an equally dark soundscape provided by No ID, Clams Casino, Brain Kidd, Christian Rich and DJ Dahi. Sonically the album is very consistent with aggressive drum patterns and sinister, atmospheric synthesizers. Like Vince’s subject matter and flows, the production  – while excellent  – can get a little one-dimensional. The Christian Rich produced “Senorita” offers a rare change of pace, with a “Yeezus”-esque dancehall influence. No ID is excellent in finding beats that complement Vince’s flow. “Street Punks,” “C.N.B.,” “3230” and “Jump Off the Roof” are some of the Def Jam veteran’s best recent productions. The more melodic tracks, “Might Be Wrong” and “Summertime,” not only serve as a nice switch up from Vince’s relentless stream of in-pocket flows, but are also key parts to the album’s narrative.

“Summertime ’06” is extremely cohesive, but occasionally tiptoes on being monotonous. The run on disc 1 from “Birds & Bees” until “Dopeman” gets a bit tedious, and the same thing happens on disc 2 from “Get Paid” until “Hang ‘N’ Bang.” Luckily the tracks are relatively short, so the less interesting parts of the record pass by quickly. At 20 tracks and two discs (which I’m assuming is only to pad album sale numbers), “Summertime ’06” is about 60 minutes long. While it’s not as lengthy as the tracklisting makes it seem, the album would be greatly improved if it were trimmed down to around the 45-minute mark. The 24-minute “Hell Can Wait” kept me totally engaged and wanting more, and “Summertime ’06” occasionally left me disinterested and bored.

Vince Staples is a depressing rapper, and “Summertime ’06” is one of the darker albums I’ve heard in a while, but his point of view is a necessary one. In a summer where Future and Fetty Wap dominate hip-hop, this 22-year-old is a reminder of America’s shortcomings. Over the past year, race has become a more pressing issue than I can ever recall, with police killing unarmed black people, the Charleston church shooting and countless other injustices to black people. Yes, Vince’s music can be depressing but it’s understandable why, as he explains on “Summertime” what it’s like to be a young black man in America:

“My teachers told me we was slaves
My mama told me we was kings
I don’t know who to listen to
I guess we somewhere in between
My feelings told me love is real
But feelings known to get you killed
I feel as if I’m misconstrued
I spend my moments missin’ you
I’m searchin’ for atonement, do I blame my darker tone?
I know somethings are better left unsaid and people left alone
Pick up the phone
Don’t leave me alone in this cruel, cruel world”

Vince first caught my eye on his show-stealing performance on Common’s “Nobody’s Smiling” – an album about the violence that is happening on the south and west sides of Chicago. Vince’s debut LP does a better job of capturing the despair of growing up in violent environment than the legendary Chicago emcee, in part due to how close Vince is to that situation. Listening to “Summertime ’06” it’s hard to picture a 13-year-old enduring all those negative situations, but it also explains how the 22-year-old rapper can sound so mature in his songs and interviews.