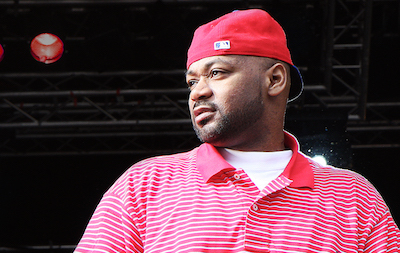 Personally I don’t prefer to use Vimeo to bring you videos, I think the embeds break the formatting of my editorials, but I couldn’t kick off the start of an article that recognizes “Supreme Clientele” with YouTube’s offerings. The only video they have is “Cherchez LaGhost” and as much as I enjoy the song, it’s not the one that embodies Ghost’s album to me.

“Aiyyo, this rappin’s like Ziti, facin me real TV
Crash at high-speeds, strawberry, kiwi
As we approach, yo herb, the Gods bail
These Staten Island ferryboat cats bail
Fresh cellies, 50 thief up in the city
We banned for life, Apollo Kids live to spit the real…”

You’ll notice that “Supreme Clientele” crops up again on the second half of this list. It’s hard to overlook the fact that this is one of my favorite Ghostface albums of all time, but the songs there aren’t videos for are just as ill if not iller than the ones there are. Just picture a video for “One” in your head right now. Visualize that s#!$. Anything your mind’s eye can conceive would probably be the illest video on YouTube in 2015, let alone if it had been made back then.

This album was Ghost at a high point in a solo career littered with classics. If that wasn’t enough for you to droll Wu-Tang Clan ALSO dropped a new album in 2000, so there’s even more Dennis Coles to enjoy. It was a decent album, but to be honest “Supreme Clientele” bodied the heck out of it.