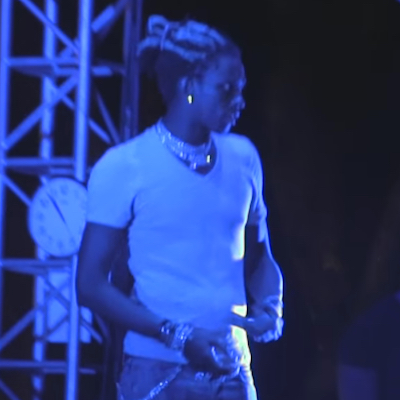 Young Thug and the Lens of Social Media

From the outset I want to say that the purpose of today’s editorial is not simply to bash Jeffery Lamar Williams b/k/a Young Thug. Plenty of his hip-hop peers have already called him out for disrespecting Alaska Airlines employees in Atlanta after they wouldn’t let him on a flight to Seattle last Wednesday. He arrived after the plane had already boarded, expected the “star treatment” a hot young rapper would expect, and when he didn’t get it he filmed video of himself sarcastically trying to bribe them with $15,000 cash each. If you haven’t seen the video (not that I recommend it) he insults their “nappy as a motherf—r” hair and calls them “Africans that done got deported.” It’s the kind of thing you’d expect from an alt-right racist, not from a rising star of the rap world. As I said though this editorial is not about calling him out for his inexcusable attitude – everyone from Mysonne to Pete Rock has already made it clear there’s no excuse for him to degrade and disrespect black women that way. Thank you.

What I’d like to talk about is the fact that Young Thug’s response to this situation was to take his beef to social media, and in doing so potentially subject these women to unwarranted harassment by his fans. Despite repeatedly asking him not to film them he continued to put them on blast, even though these ladies couldn’t simply walk away from their post. They were on the clock, they were on the job, and in a post 9/11 world every job at the airport is a security matter whether it’s at the ticket counter, the boarding gate, the luggage screener or the janitor who cleans the bathrooms. Nobody gets to just walk away because they’re being harassed by an entitled artist who expects star treatment. Unless there’s a bomb scare and the whole airport is evacuated, or your shift is over and somebody is there to relieve you, you’re clocked in and you’re responsible for the safety of everybody at that airport. He was abusing people who had no choice but to take it, and no matter what gender or skin color the target of his slurs would have been, they had the right to ask not to be put on camera let alone treated in that matter. For him to ignore their requests was an abuse of the environment that played to his advantage. If he tried that at a strip club or a restaurant there’d be security asking him to turn off the camera and/or leave. He was able to literally force them to be viral video stars against there will – that ain’t cool.

Furthermore I think we as human beings collectively, and as hip-hop participants specifically, need to address the role social media and its camera lens plays in our lives in both positive and negative ways. Used responsibly it can be a tool to empower people who have been historically disenfranchised in both society and the Fourth Estate. As cell phones become more ubiquitous and the cameras in them more powerful, the public are now empowered to be witnesses to sexual harassment, racial profiling, police brutality, and all other manner of societal ills. It’s not always safe to do so though – cops in particular don’t like being filmed and some cities and states have even tried to make it a crime to do so. Nevertheless when body camera footage routinely goes missing or never gets released, the public duty should be to make an independent record that’s not controlled by the dominant power structure. Nevertheless the power of the media has been democratized in decades since George Holliday’s video first showed what a private citizen with a camera can do. It’s cheaper than ever to shoot and edit video, and thanks to the internet it’s easier than ever to disseminate it to wide audiences.

As the old saying goes though “with great power comes great responsibility.” The power to film and instantly share videos both live in real time and after the fact through social media carries with it consequences for both the broadcaster and the recipient. For young Jeffery the consequence is the negative light it casts on him as being abusive, callous and disrespectful. I’m sure he wasn’t thinking that through at the time – he felt slighted, he was angry about it, and he thought “Well if I can’t get my way I can at least get even and have some fun doing it.” He didn’t set out to film airport employees that day, and perhaps in hindsight would think twice about it, given no artist really wants the reputation of being a rude a**hole. Then again perhaps he thought if he “put them on blast” that Alaska Airlines would apologize so as to not anger all of his fans. Essentially he was trying to weaponize social media as a tool of his anger, and that is something we should all be wary of going forward, both in our use of the medium and from the others we interact with while using it. A hammer can build a home, but it can also bash in a skull. Tools can always be used in both positive and negative ways and despite it not being his intent Young Thug has given us a valuable reminder that social media has a dangerous downside when used carelessly or in a flash of rage.

Please remember that once you hit that record button or click on that livestream camera, what comes afterward is shaped by your intent. Whether you intend to bring good or ill into the world through social media is a choice that you have to make. I hope we all choose wisely.