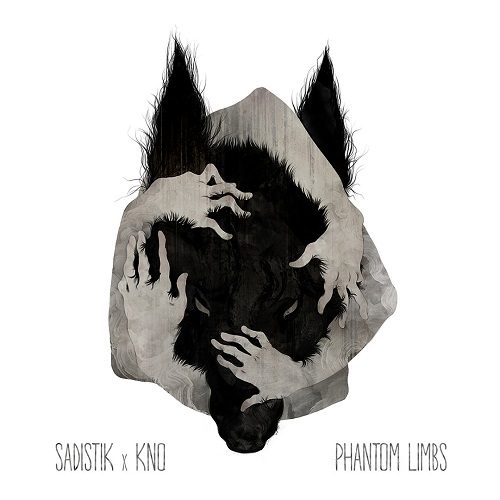 In every review I’ve read for any of Sadistik’s albums, the writer always manages to slip in a comparison to Minnesota hip-hop acts such as Eyedea and Atmosphere. The comparisons are valid, given their shared penchant for emotive, introspective rhymes. Exploring dark, melancholic themes has always been a staple for the Cigarette Burn Rap King. As a result, it’s understandable as to why Atomsphere or Eyedea would be the first things people think of when listening to Sadistik. But for me, it’s actually CunninLynguists I think of when listening to him. I first heard Sadistik from his verse on “Castles” featured on CunninLynguists 2014 release “Strange Journey, Vol. 3”. His verse showed an introspective rapper who can interlock emotional content with complex rhyme schemes & clever wordplay regarding the works and lives of similarly dark artists like Edgar Allen Poe and Elliott Smith.

After purchasing and listening to his three solo albums, his unconventional approach to hip-hop grew on me. I’m probably not the first to mention this, but his style and place of origin makes me think of him as hip-hop’s Kurt Cobain (minus the suicide). His latest project, a 7-track EP tellingly titled “Phantom Limbs” entirely produced by Kno from CunninLynguists, brings him back full circle to where I first heard him.

Emotional pain is usually at the crux of Sadistik’s lyrics, so it’s fitting that this album is titled “Phantom Limbs”. Most of the lyrics here revolve around love, love lost and desire. Take the album’s first single for example, “To Be In Love”. On that song, Sadistik spits two verses at a nameless woman with whom he’s infatuated. He has the desire for her, but that’s all he has. His desire continues to exist due to the absence of his object of affection. Not to get all Lacanian psychoanalytical on you, but this woman’s absence makes her a phantom. She’s not present and that creates pain for Sadistik in addition to love. Beyond that, the lyrics are well-crafted expressions of the effect that she has on him:

“Rain-dances splatter upon the canvases
I feel ecstatic, you’re enigmatic
My Alabama, so we can go wreak some havoc
And I can be your Clarence declaring that we can have it
True Romance, yeah, it’s feast or famine
From bi-polar to manic, it’s my solar dynamics
But you, you are my Mecca, you’re my holy sabbatic-al”

Not to be overshadowed, Kno creates a haunting atmospheric beat with a recurring phantom-like vocal sample for the hook. I love the way the background sounds in the beat build up for the start of the first verse. From the sound of it, “To Be In Love” is one of the few times when a Kno beat doesn’t surpass the emcee rapping over it. Indeed, the production and the rapper are indeed in sync on this track, but not so much on the others. “Hers Forever” follows a similar lyrical theme and features a verse from Kno. With darker production than the previous track, both rappers speak of relationships in which their women frequently hurt them, but they can’t help but to remain with them nonetheless. There’s a certain masochism that’s conveyed in both men’s lyrics that’s reflected in an almost taunting manner from Kno’s sampled hook.

The title track is an interlude consisting of a sampled infomercial, which Kno tends to include when producing a concept album. Afterwards, comes the second leaked track “Daydreams” which features singer-songwriter JMSN on the hook. Kno’s beat consists of 808 drums, live guitar, and a more nimble, earthy, and less darker sound. Lyrically, Sadistik juxtaposes the ideas of daydreams against those of nightmares and comes to the conclusion that there isn’t much difference between the two at after all. The album’s posse cut is in the form of “Unaware”, featuring Metasota, Sheisty Khrist, and Chino XL. Kno uses similar drum snares for this track and loops an eerie piano sample.

Considering the emcees blessing the track, the beat could’ve been more menacing, in my opinion (specifically with harder drums). Of all the rappers on that track, it’s Sadistik and Chino who bring the heaviest lyrical loads with braggadocio rhymes peppered with literary and horror movie references. The final track, “In Heaven”, is completely inspired by David Lynch’s 1977 debut film “Eraserhead”. Coming back full-circle with the EP’s up-tempo opener, “The Darkness”, Sadistik once again lyrically focuses on a woman. He uses the Lady in the Radiator character from the film allegorically.

In closing, I liked the EP. For the majority of the album, Sadistik’s lyrics dominate Kno’s sample-based soundscapes, and that’s a good thing. Though Kno is one of my favorite hip-hop producers, his beats tend to garner exponentially more praise than the emcees who rap over them. Had this been a full-length LP, I’d certainly have a different take on it. As for Sadistik, I like the level of thought he puts into his lyrics and how each release from him is an improvement on the last. In many ways, even with the EP’s flaws, the title says plenty about what hip-hop is missing.