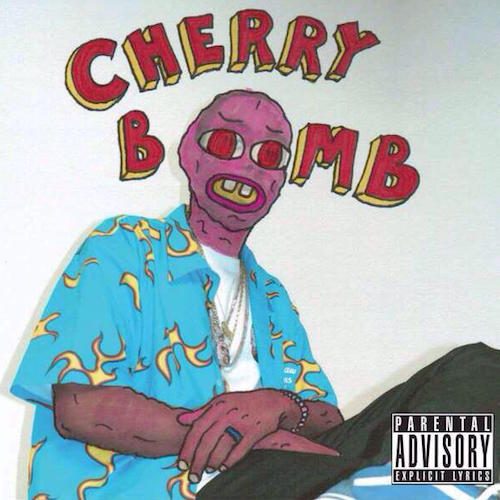 Tyler, the Creator was recently refused a visa to the UK for 3-5 years because of the homophobic slurs and sexual violence in lyrics from “Bastard” and “Goblin.” According to a letter the Home Office sent The Quietus, “Coming to the UK is a privilege, and we expect those who come here to respect our shared values. The Home Secretary has the power to exclude an individual if she considers that his or her presence in the UK is not conducive to the public good or if their exclusion is justified on public policy grounds.” This follows a few months after Tyler cancelled a tour in Australia after his lyrics and antics caused him visa issues, and a few years after New Zealand denied Tyler entry for similar reasons.

Tyler joins Louis Farrakhan, Pamela Geller, the Westboro Baptist church, and others who the UK has decided didn’t deserve to entry into the country due to their inflammatory views. It’s a little odd that Tyler ended up on the same list of religious and political figures famous for their anti-Jewish, anti-Muslim, and anti-gay messages. Tyler isn’t a preacher or a politician. He’s not taking out bus ads denouncing Islam, picketing funerals holding up anti-gay signs, or blaming the Jews for 9/11 during sermons. He’s a musician, albeit one with an offensive and nihilistic persona.

It is troubling that an artist is being refused entry into a country based on the lyrics to some of their songs, and perplexing that Tyler, the Creator is being picked out ahead of the multitude of artists who sing or rap about offensive things. Noisey pointed out that neo-Nazi band Satanic Warmaster were given a visa to play in the UK this year. Their songs include nods to the Final Solution and the Third Reich. Countless rappers who rap about killing people and committing crimes in their lyrics have been given visas. Did the Home Office allow them to come in because they understood that hip-hop lyrics aren’t meant to be taken at face value, or did they not care so long as the rappers kept it to black-on-black violence?

I won’t disagree that Tyler’s lyrics, especially from his first two albums, were often shockingly misogynistic and full of homophobic slurs. I’m not even going to try to defend them. I was in the minority of hip-hop fans that found his schtick reprehensible. However, using “faggot” and “bitch” as a slur doesn’t necessarily mean that Tyler is actually either homophobic or misogynistic. Syd the Kid, his label and tourmate, is one of the few openly gay women in hip-hop. Not that having gay/black/female friends inoculates you from being a bigot or acting in bigoted ways, but I guarantee that openly gay people are not a common feature in most rappers’ entourage. By the same token, both Tyler and his fellow OF crew have moved further and further away from their early shock rap leanings with each subsequent release.

Maybe the Home Office should listen to “Cherry Bomb,” Tyler’s latest album. (Is it intentional irony or coincidence that his album shares a name with a song by the Runaways, the all-female, partially queer, proto-feminist 70s hard rock band that endured its own share of misogyny and rape?) Tyler continues on the trajectory he started on “Wolf,” moving away from pure nihilistic temper tantrums into lyrics that border on introspective and beats that border on soulful. Part of my issue with Tyler’s early work, lyrics aside, was how dreary it was. Being DARK and DISTURBING all the time doesn’t always make for great music. Tyler is still dark and disturbing on “Cherry Bomb,” but he is also maturing as an artist and a lyricist.

Well, maturing to an extent. The rape talk and violent misogyny are gone, as they have been since “Wolf,” but Tyler still throws the word “faggot” around like a middle-schooler from the 1980s. Not because he seems to have any special animosity for gays; at this point I think he just enjoys pissing people off. Too bad he has to pick on a minority group that already gets all the shit it needs from society without Tyler piling on. What’s next, fat jokes? Making fun of developmentally disabled people? He even addresses this on “Buffalo,”

“F— them crackers up at Mountain Dew them n****s is racist
Cabbage was made, critic faggots was shook
So I told them that I’ll exchange the word faggot with book
And all them books is pissed off and had their page in a bunch
F—ing attitude switched just like a book when it struts
But I’m a fraud I pray to God when the six triple book bashing
While me and my favorite author’s lips tickle”

Tyler addresses his New Zealand ban on “Smuckers” with his typical sensitivity and understanding:

“Like a HIV victim, ain’t nobody f—ing with me
I got banned from New Zealand
Whitey called me a demon
And a terrorist, G– dammit, I couldn’t believe in it
Ban a kid from a country
I never fall, never timber
But you f—-d up as a parent
Your child’s idol is a n***er
I clearly don’t give a f—, so you could run that s— back”

“Cherry Bomb” is often an ugly, messy album. The production is frequently pushed so much into the red that it ends up blown out and distorted. The title track sounds like it is being played at full volume on a pair of shitty speakers. “Pilot” sounds like the beat was recorded live on an old synthesizer through a blown out PA. Even the raunchy slow-jam “Blow My Load” is full of distortion. It’s an aesthetic that is sometimes overused, as is Tyler’s affected gruff vocal style. It screams, “I don’t give a shit” so hard that you realize how much he actually does care about his image, his sound, and his whole persona. Yet when it works, it works. What Tyler does on songs like “Buffalo” and “Pilot” is take an average hip-hop song and blow it apart. He approaches music with the same no f—s given attitude that he approaches life, disregarding rules and accepted behavior. This sometimes ends up a hot mess, but often produces results.

The messiness is contrasted with other moments on the album that are downright pretty. There is a jazz and R&B influence on “Cherry Bomb.” “F—ing Young/Perfect” even has an appearance by R&B crooner Charlie Wilson, of the Gap Band fame. Of course Tyler is unable of playing it straight. “F—ing Young” is a sincere love song… about dating an underage girl.

Your results may vary with “Cherry Bomb” depending on how much you like Tyler in general and how much you hate your parents and the popular kids at school. I’ve never found his persona intrinsically interesting (possibly because I’m not his target demographic), and it feels a little like he is spinning his wheels for at least part of this album. Blah blah, you don’t like anyone, blah blah, f— everyone, we get it. It’s the same thing he’s been saying for years. That said, he continues some of the growth that began on “Wolf,” in which he almost expresses real feelings, and uses beats that are almost musical.

He’s basically hip-hop’s version of a punk rocker starting to awkwardly grow up, trying to figure out if he has something to say beyond a sneer and three chords. I keep paying attention to him because there’s some mileage to be had in his antisocial pose, and he occasionally makes it clear that he is a smarter, more complicated artist than his constantly upturned middle fingers and ubiquitous use of slurs indicate. Or to put it more succinctly, Tyler is kind of an asshole, and his songs mostly sound the same, but it’s a pretty good sound and it seems like he’s starting to grow a little and become less of an asshole. At the end of the day, I enjoy “Cherry Bomb,” both for it’s misanthropic noise and for its funkier and jazzier sides.