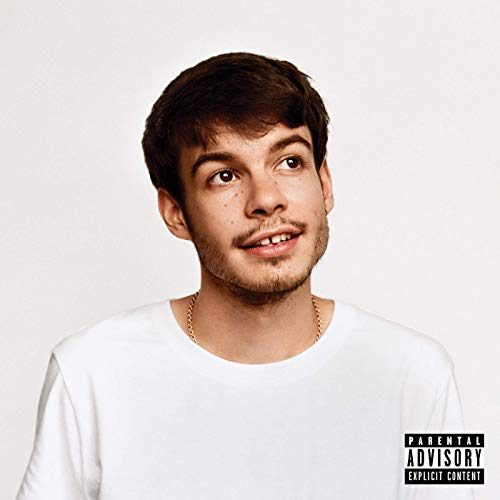 As it’s UK Month here at RapReviews I can think of no better time to take a look at Rex Orange County. Although the name implies he’s from Southern California, Alexander O’Connor actually hails from Grayshott, Hampshire, England. His childhood nickname “The O.C.” was a playful gibe on O’Connor, hence him reclaiming it as an artist to become Rex O.C. As an artist who has been branded everything from “alternative hip-hop” to “blue eyed soul” I initially had my doubts about covering him, but it was his affiliation with Tyler, the Creator that led me to give Rex a chance.

Listening to his major label debut “Pony” makes me realize both “blue eyed soul” and “alternative hip-hop” were accurate. 25-30 years ago the exact same words would have described P.M. Dawn and Prince Be. On “Laser Lights” you can hear these two seemingly disparate words beautifully colliding. His English accent comes out even when he’s singing in the pronunciation of words like dancing (“dawnsing”) and chance (“chawnce”) but his love for American rap, jazz and soul comes out in both the song’s production (funky saxophones, horns and flutes) and his lyrical swagger.

“Palm to the face
When we have to speak I usually shoe gaze
And if I saw you in public I would pretend to tie my shoelace
Just so we avoid the ‘What’s up, up, up’
You’ll never love me like they do, you’ll never love me like she does
You, I could never commit to, I’m too fond of my freedom
I know you’re all about the checks but, boy I don’t need ’em
I think I’ll get that myself
Thank you anyway”

Though Tyler Okonma has generated some controversy in the past for his use of homophobic language in songs, his association with artists like Syd and Frank Ocean suggests that it’s either posturing for the sake of a certain segment of his fan-base or an intentionally contradictory alter ego meant to lampoon homophobia. In that same sense I read something in Rex O.C.’s “10/10” that suggests he knows he’s walking between two worlds. He’s openly admits he needs to “get my sh*t together”, yet wraps the beginning and end of the song in the folds of what sounds like a macho fighting video game. He defiantly states “I’m still gonna write this f*cking song” with all the chutzpah he could possibly need.

Though my streamed copy of “Pony” doesn’t come with liner notes, watching the video for “10/10” makes me think he’s self-produced — or at the very least that he plays the keyboards on his own songs even if someone else actually creates the instrumentation or layers it together. It is this view that informs close examination of heartfelt songs like “Every Way”, a short and plaintive track where Rex offers himself to an unnamed lover body and soul. “You always forgave me, and now you love me just the same/It means the most, I hope you knowwwww/And I hope you know, that I think about you in every single way.” If you need someone to forgive you, give them a box of chocolates and play this song (unless they’re allergic to chocolate).

There’s an extreme brand of hyper-machismo that Rex seems to be completely anathema to on tracks like “Never Had the Balls.” I’m sure that he’ll get called vulgar derisive terms like “soy boy” and “emo” for daring to sing his feelings, but as Rex says himself “I found my own way out was to open my mouth and be honest.”

The funny thing is that even though Rex Orange County spends more time singing than rapping on “Pony” that makes him only a few degrees of separation different from the uber popular Post Malone. He doesn’t AutoTune his vocals or dress them up in slow syrupy bass heavy beats, but the biggest difference is that Rex is HAPPY. There’s an air of upbeat joy to his songs, which brings me again to the late Prince Be, a man who was derided by hip-hop’s cultural vanguard for being too soft vocally and musically until Lawrence Krisna Parker tried to literally throw him out of the scene altogether.

I would like to say the world has evolved for the better in the last quarter century, but honestly I think what actually evolved is me. I think there’s room for “alternative hip-hop” in the mix, not everything in rap needs to be swaggering cock grabbing male posturing, and the difference between a rapper who sings and a singer who raps has diminished greatly. That doesn’t mean “Pony” is going to take the place of all-time classics like Organized Konfusion in my rotation, but it does mean that I can see a more open-minded interpretation of rap music as not necessarily destroying hip-hop music and culture. Rex Orange County has his place too.