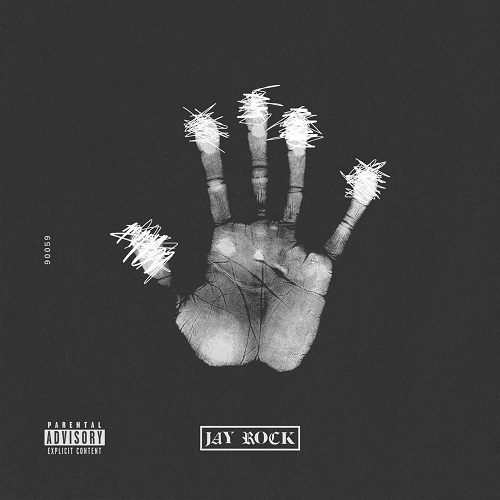 First impressions don’t always count. Otherwise, this could well have been a one-sentence review. After completing an initial spin of “90059” part of me wondered if there would even be a second rotation: it seemed the epitome of bland, average, technically proficient but entirely pointless. However, thankfully, it improved at a rate of knots and it turns out that Jay Rock has done a pretty fine job on his long-awaited second album. It’s concise (at three-quarters of an hour), with just eleven carefully chosen songs. Consistent throughout, there are few real weak points (and, by definition, only a handful of peaks).

Jay Rock is a curious MC: he’s got the lyrics, flows, some truly thoughtful lyrics mixed with a no-nonsense edge, and the choruses are always above average. Yet, his voice and delivery – here, practically channelling Dr. Dre at times – will never truly stand out ahead of his peers. Maybe it’s a slight lack of self-belief, or perhaps he’s just a bit more humble/content to occupy the shadows instead of the limelight. He does manage to mesh incredibly well with the impressive musical backdrops, as opposed to dominating them in the manner of his mate Kendrick Lamar (who pops up a couple of times on “90059”) or even another guest, Busta Rhymes, an MC that’s had show-stopping features for a quarter of century, now.

Yet Jay Rock clearly knows how to oversee a cohesive LP, even if the occasional joint doesn’t quite fire on all cylinders – for example, a pretty abject club attempt in the form of “The Ways” (and he’d sound much better on something akin to “Still D.R.E.”). This is followed up by the marginally less worse “Telegram (Going Krazy)” which misses the mark by a mile. It’s no surprise that the two weaker tracks are hidden in the core of the album. Luckily, they are the only regrettable moments. There’s a particularly strong opening salvo; pieces like “Gumbo” and the title track may be diametrically opposed, but both get your head nodding. “Vice City” is a welcome Black Hippy cut, and the album closes well with “Money Trees Deuce” and “The Message.”

“90059” will probably fly under the radar. It’s not a loud, obnoxious work designed to grab attention. It’s surprisingly deep, well produced and definitely worth your time. It is by no means exceptional, and seeing as 2015 has been a particularly busy year, it would have to be simply brilliant to poke its head above the parapet anyway. However, it’s one to play in your car, to vibe to late at night, and zone out to. Jay Rock himself isn’t the most captivating MC as a solo artist, and lacks the star quality to become a leading light in the rap game. It’s doubtful that I myself will be listening to this come 2016. However, hip hop is wonderfully diverse, and you can guarantee that “90059” will find an appreciative audience, and at least Jay Rock has – after a long wait – managed to put out a solid album.