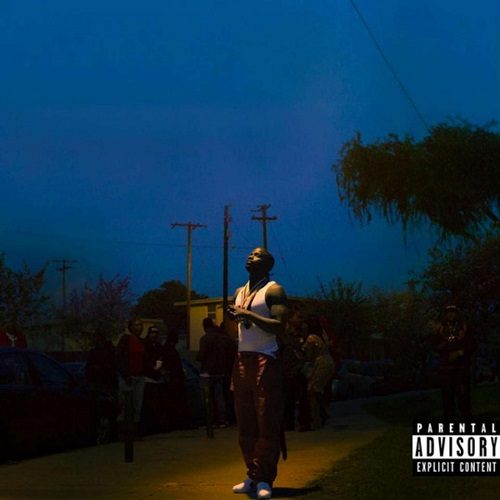 Jay Rock is a hip-hop artist from Watts, California. He is a leading member of the talent-heavy rap collective Top Dawg Entertainment (TDE) and perhaps one of the most reliable rappers to rep the West Coast in this current era. He is not the most skilled on the scene, or even in Black Hippy, a collective of which he is an undoubtedly vital member. Nor is he the most well-rounded in his craft. What Jay Rock is, however, is extremely consistent.

Each of his albums has been a testament to this consistency. His 2015 release, “90059” was a strong example of this as it featured 11 tracks of solid, no nonsense rapping over a well-crafted and stable selection of beats. The same was true for his album prior to that, “Follow Me Home,” and it was certainly the case once again on Rock’s 2018 effort “Redemption.”

This album came after Jay Rock had experienced a life-altering motorcycle crash. It would seem by all accounts that this crash was anything but minor. The unfortunate accident may have served as a sort of fuel for this album, however, and it seems unlikely that the project’s title is not at least partially a reference to the ‘new lease on life’ of sorts he gained after the brutal crash.

Much like the other difficult circumstances in his life, Jay Rock’s motorcycle accident did little to nothing to affect that aforementioned consistency on the mic as he moves through “Redemption” like the seasoned and highly-effective rapper he has been known to be.

Jay Rock demonstrates this consistency most adeptly through his energy, flow and bars. Throughout “Redemption,” Rock comes full strength on every track, pulling back and adjusting his intensity when necessary. On “ES Tales,” for example, he goes in strong with grim lines like,

“Black lives matter out here, no way
Cops get promotions while the family gotta pray
It’s fucked up, can’t explain, babies all in the dump truck
It’s all about that money, mane, miss me with that Trump stuff”

In these lines the listener can truly feel the frustrations and hardened-nature of Rock as he tells of the brutal types of realities he has been witness to. This is also a solid example of his consistent flow, primarily in the way that he moves through the lines in tune with this energy and a dead-serious tone. Perhaps most crucially and well-done are the power, and in many ways, helplessness, that can be felt in these bars.

For in just these lines alone, Jay Rock touches on the murder of black men at the hands of police officers and the lack of reprocussions that follow them, as well as the constant and overtaking money-mindedness that rules the streets. It is a heavy load to bear, and the listener doesn’t necessarily get the feeling that airing these feelings out lightens that load at all. Much of this album deals with harsh such realities, something Jay Rock has consistently called attention to throughout his work.

Rock certainly does touch on the second chance he feels he’s been given after his crash, though it becomes apparent that perhaps he is speaking on more than one type of redemption. He does this primarily toward the end of the album and while there are more than one example of it, perhaps the most impactful is also one of the album’s singles. The track is called “Win”. While this song felt a bit odd and repetitive when initially released, its role as a sort of rap up to the album and Jay Rock’s personal redemption is actually quite enjoyable.

The track features Rock speaking of his newfound triumphs and repeating the simple line, “Win, win win win win!” numerous times and proclaiming dominance. It is a fun listen, but also quite a meaningful one given all that Jay Rock has been through.

The production work on this album is enjoyable as well. It can induce an elevated mood, such as on “Knock it Off” where a subdued sound squiggle of sorts matches Rock’s rising and falling vocal inflections. This same beat keeps the track close to the ground, however, with an underlying bass boom that, along with the rapper’s own reserved backing vocals makes the mood of even a braggadocious Jay Rock track feel utterly straightforward and honest.

Many of the other instrumentals on this album find a similar, consistently balanced tone, even when they get a bit darker, such as on the slightly-eerie, slightly-mysterious “For What It’s Worth” or the aforementioned “ES Tales”. All together, the beats on “Redemption” are quite suitable for this project and while not displaying any particularly stand out qualities they do serve well as reliable, consistent musical platforms.

Such is the nature of “Redemption” as a whole. It, much like its maker, is not one of the best in its craft, per se, but it is a strong, stable and exceptionally consistent work. This should not be looked upon negatively. Consistency is a priceless quality. For while it might often make for great albums and not phenomenal ones, Jay Rock’s consistency is perhaps his greatest strength.