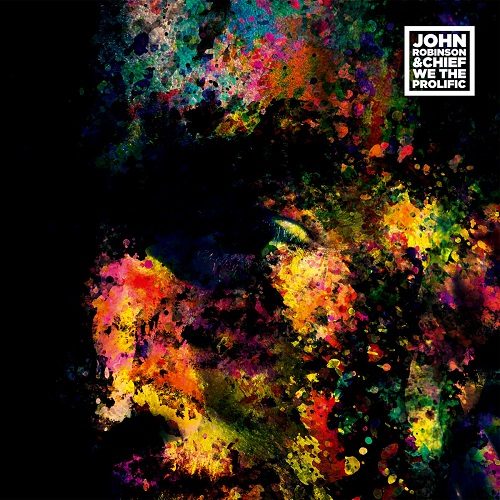 John Robinson & Chief :: We The Prolific

Prolific is a strong word but one that applies to John Robinson, especially if you check out his Bandcamp page. Amongst the more noticeable collaborative projects with guys like Lewis Parker and as part of Scienz of Life, are numerous beat tapes and now-rare albums. Despite his ordinary name, John’s music has always held a soulful, authentic quality in line with fellow “prolific” underground producers like Kev Brown and the aforementioned Lewis Parker.

The instrumentals are all supplied by Chief, who foregoes his real name (one assumes) but more than keeps pace with previous John Robinson projects. His beats on “Everywhere” and “Stillness” are a beautiful blend of trippy soul and dusty Hip-Hop; and this level of consistency runs through the album. While John Robinson has never been an emcee to tear a beat apart, he almost guides you through the smooth basslines and crashing snares with his mildly husky presence. Storytelling is prevalent on “She Used To Be”, the most purposeful song that is chockfull of nostalgic scratches, trademark “uh” and “yeah” samples and a retro-fuelled videogame snippet.

There are a couple of moments where the combination of John and Chief doesn’t always create magic. “Deep Inside” is strong enough to work as an instrumental and Stan 1’s hook dominates the track, something that inevitably leaves John’s rhymes in the background. The brilliantly named Kyra Climbingbear kills the hook on “Go There” but her verse is disappointingly messy.

I really enjoyed this album and was impressed by Chief throughout. You know what you’re getting with John Robinson, and that’s a consistent LP that deserves to be listened to on the correct audio setup. Lyrically, it’s far from memorable, but as stated at the start of this review, he’s not here to blow you away with metaphors and delivers a simple, if unremarkable effort that has a warm, fuzzy quality to it.