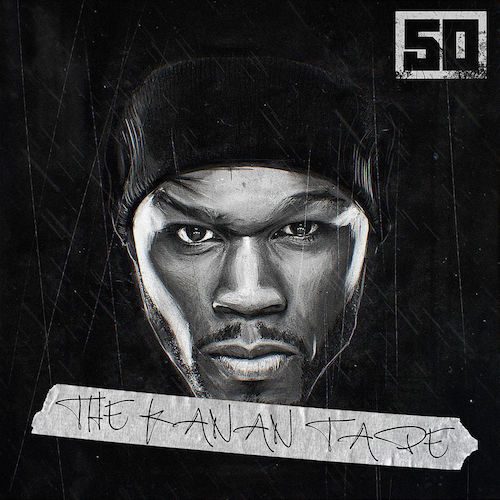 In recent years, 50 Cent has experienced more success in outside ventures as opposed to what initially propelled him into super-stardom, the music. He has released several mixtapes such as “The Big 10,” “The Lost Tape,” “5 (Murder By Numbers),” and his full-length LP, “Animal Ambition”. Unfortunately, none of those projects generated enough buzz to place 50 Cent back at the forefront of Hip-Hop culture, which led many to question his ability to make quality music in today’s landscape. With his latest release, “The Kanan Tape,” 50 drew inspiration from his character on the hit television series Power and harnessed that energy to create his most cohesive body of work in a very long time.

The seven-track EP kicks off with the ferocious “Nigga Nigga,” featuring Young Buck and Boosie BadAzz. Bandplay, a rising producer out of Nashville, Tennessee composed the menacing backdrop for this one and 50 sounds right at home over the beat:

50 Cent has never been considered lyrical, but his charismatic personality makes up for the lack of technical skill, especially when addressing those he perceives as inferior. This is clearly evident on “Too Rich For the B***h” produced by current hit-maker London On Da Track:

Alchemist’s production on “Body Bags” takes it back to the standard of those classic “G-Unit Radio” mixtapes that everyone loved. It is refreshing to hear 50 in such a great creative space and it reflects in the music. 50 Cent is at his best when he delivers vivid, unfiltered portrayals of the hood. There aren’t many rappers that can match 50’s brilliance in terms of depicting life in the streets of New York. The Post Malone-assisted “Tryna F**k Me Over” has the two artists boasting about their material possessions, while acknowledging their foes and the failed attempts to bring them misfortune. Although a good track, it doesn’t fit the overall mold of “The Kanan Tape” and would be better suited as a single or placed on a different project.

“I’m the Man” was originally a song written and produced by Sonny Digital back in 2014. It was then reconstructed as 50 Cent replaced both of Sonny’s verses with two of his own while retaining him on the chorus. There are only two songs from this project that could potentially cater to radio, “Too Rich For the B***h” and “I’m the Man,” which is the better record of the two. The subject matter is familiar, but 50’s trademark rapping/singing cadence is what makes this such a dope track.

“Burner On Me” is vintage 50 Cent, but, due to bland production and a sub-par chorus, the song fails to connect. When the closing track “On Everything” hits, one can’t help but to grow weary of the repetitive content. 50 Cent has never been the type to stray beyond his musical palette, and that isn’t an issue. He just needs to implement different methods of musical madness to present himself. Nowadays, it is common knowledge that 50 Cent’s music won’t reach the heights of his previous success and that’s okay. All 50 needs to do is to just focus on making good music. Although it’s not without flaws, “The Kanan Tape” is still a good project and a step in the right direction for Curtis Jackson.