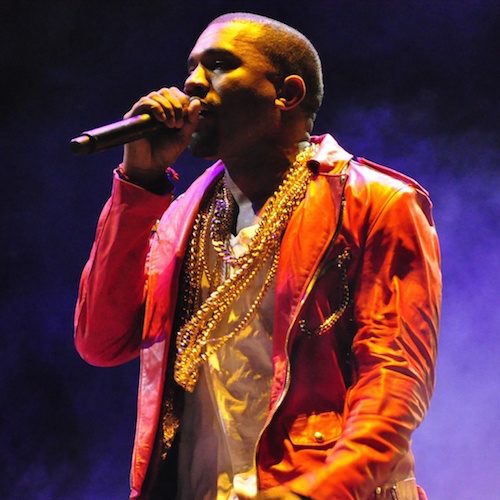 I Miss the OLD Kanye

So we here at RapReviews decided to hedge our bets and hold off on a review this week, due to the potential changes that Kanye West may make to his already released album. It’s a strange, wonderful new world – a peek behind the iron curtain of music production with Ye making this final two week stage public. It’s driving people mad with lust, anger, impatience… And it’s almost entirely deliberate.

West is a master at manipulating the media, and even if Twitter as a platform has hit a plateau, it’s still a wonderful and instantaneous mouthpiece for artists to get the word out. Right now, people are hanging on his every word, with some tweets getting over a thousand retweets within TWENTY SECONDS. It’s a carefully plotted attention grab, even if many people are blissfully unaware and just consider it all the actions of a crazy and/or arrogant asshole.

There is a wildly oscillating fervor around West – one minute, we hate him for stupid tweets like “BILL COSBY INNOCENT!!!” The next, he drops a hilarious freestyle like “I Love Kanye” and it’s all love again. He can hold a listening session in Madison Square Garden (seriously, who else would even think of that?) and then add five songs just “30 Hours” later. It’s deliberately dizzying, a rollercoaster that is designed to keep the onlooking public on tenterhooks. And I don’t believe it to be over just yet. He’s currently going quiet on Twitter for a few hours, then coming back with an epic rant (asking the Facebook overlord for $1 billion on Twitter… It’s too ridiculous, even for West). He knows his stock is high right now, he’s been trending for days without pause and is helping to fill pages of copy all over the world.

All publicity is good publicity, and he even says that he’d be more worried if nobody was talking about him. The quality of his album “The Life of Pablo” (itself a carefully orchestrated palaver) currently ranks way down the list of talking points, and that’s surely the point. Right now, Kanye is probably plotting another Cardiff Giant that will be discovered in the days to come. Until then, expect quite a few of us to cautiously wait for the final, final, FINAL product to sit in our hands before we commit our review to ink. So just sit back and enjoy the ride.

Feel free to tweet all love, or hate, filled messages regarding this article to @JesalTV and follow both that account and @RapReviews. Kanye you can find @KanyeWest or perhaps chilling with Mark Zuckerberg.