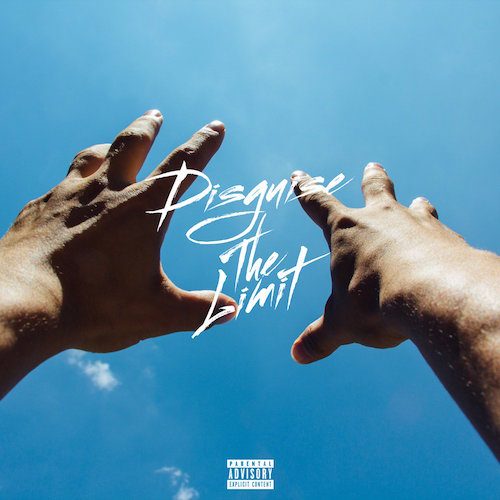 Pro Era is a hip hop collective with nothing to prove as a group, but arguably everything to prove as individuals. The group’s leader, Joey Bada$$, has more than proven himself worthy of standing among rap’s top spitters. His success and the leadership of the group’s founder, Capitol Steez (rest in peace), have led Pro Era to be taken very seriously in the rap game. Nevertheless, most of the crew’s members have not quite yet earned their stripes. Kirk Knight released his debut project “Late Knight Special” in the fall of 2015, a piece of work that certainly took him one step closer to the status of a rapper like Bada$$.

Other members have released material as well, but none have quite propelled themselves beyond much more than simply “Pro Era member” status. On “Disguise the Limit,” however, rapper NYCk Caution shows that he is much more than just a group member. Caution has released solo material before, but has seemed to distance himself from this work in recent interviews. This is understandable considering the somewhat inexperienced nature of his past solo work, but on this new project he seems to truly find himself as an emcee.

On the opening track, “The Pursuit,” Caution reflects on his attitude as a rapper with verses containing lines such as, “Now there’s no ignoring C/ Fighting for the peace/ I promise to give you all of me,” separated fittingly by quotes from the Will Smith movie “The Pursuit of Happiness.” This track is backed up by a beat reminiscent of something you might hear on an early Drake mixtape. This is not a negative attribute, however, for the beat fits the intro well with just enough (but not too much) piano and plenty of airiness. It should also be noted that this track makes reference to the late Capitol Steez, the man whose quote this mixtape is even titled after.

On “Crucifix” Caution is joined by Bada$$ for an exhibition of significant lyrical talent on both rapper’s parts. Although Bada$$ shows great strength with rhymes like, “It’s the third wide eye/ never need to ask why die/ better be a wise guy/ dip the rhymes in formaldehyde,” Caution completely holds his own with lines such as, “This grip is tight don’t try to loosen it/ cause when you do this shit/ you see what music kick/ uh, open up your eyes and see the truth in it/ not only Jesus on that crucifix.” Tracks like this can be big moments for rappers like NYCk Caution, as they prove that they can spit just as skillfully as the well known and respected artists they are associated with and in many ways overshadowed by.

The production on this track, courtesy of J Lee and Jake Birch, is hard hitting and effective in backing Caution’s words. The beat switch into Bada$$’ verse is enjoyable as well and it leads the track into a transition for a smoother landing. Most of the production on this project gets the job done well, in fact. It is done skillfully by a variety of current producers and stays subtle at many points yet in an effective way that allows Caution’s lyrical skill to dominate the stage.

The only track on the project that is slightly off putting is “Wordsmith,” and this is due simply to its moderately obnoxious chorus. It’s obvious that Caution is a wizard with the words but when he throws it in your face it’s a little less appetizing. Nevertheless, even this track comes through with memorable lyrics such as, “It’s still forever the Era/ I liked watchin your shows but I like rockin mine better.”

Although Pro Era has come out the gate as a strong collective, they (meaning several but not all of them) in many ways still need to prove themselves as individual rappers. Large steps are being taken toward this, however, and NYCk Caution’s new mixtape is great proof of that.