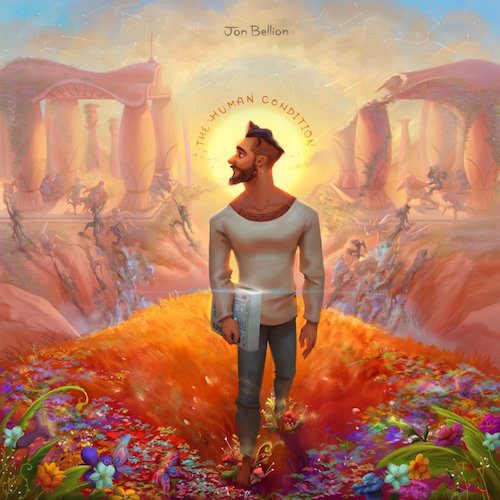 Depending on the day or time you could call Jon Bellion a singer or a rapper, but TBH in 2016 I’ve gotten used to a large part of the genre being interchangeable anyway. It seems to me in the 1980’s and early 90’s there was a definite anti-R&B sentiment in hip-hop (“Rhythm & Bulls@$t”) but that seems to have all but vanished. I think if push comes to shove when I look at the career track of Jon Bellion, he started out as more of a rapper in his mixtape days, but on songs like “New York Soul (Pt. II)” that old hip-hop swagger comes back through loud and clear.

“New York or in California, packed Brooklyn up in this bag
I’m in Malibu with the Bronx, she’s in Kevin Love with your man
Kryie needed a king, I’m just making you understand
that I rustle up in the West, cause my reach is Kevin Durant
Records are very pop with a pocket deeper than sand
A juxtaposition, Sam Cooke, Billy Joel, Steely Dan
Changing the f—!ng spectrum, I need you to understand
Like I took the fall for some drugs, I’ve been nominated for Grams”

The largely self-produced Bellion has hidden depths within his upbeat swing. “Guillotine” with Travis Mendes is a pop single, no question about it, but the name hints at the sharper edge. “There’s bones in my closet, but you hang stuff anyway.” Ouch. It’s the kind of song you can dance your cares away to without really having to think about the message, but it makes me smirk to listen to songs like this from Bellion. He’s crafty, he’s sneaky, he’s just a little bit subversive.

Guest appearances are pretty minimal on “The Human Condition.” In fact the only one I can think of other than Mendes is the Blaque Keyz on “Weight of the World.” I don’t think I’d want one on tracks like “Maybe IDK” though. It’s a soul-searching journey for one, where Bellion is questioning his own behavior past and present, trying to evaluate whether or not he’s on the right path in his life. The funny thing is he CAN’T decide or figure it out and ultimately concludes “maybe that’s okay.”

I think there’s a bit of a spiritual/Christian overtone to Bellion’s music but “maybe that’s okay” too. It’s certainly not hurting the hip-hop reggae stylings of “Overwhelming” or the electro-futuristic soul of “The Good in Me.” I’m going to leave it up to other people to decide if Jon Bellion is a good fit in the rap category in 2016, and remark with apology that this would be an easier discussion if we covered his earlier works, but that if you’re tired of AutoTunes then Jon Bellion’s unenhanced croon may be what you seek.