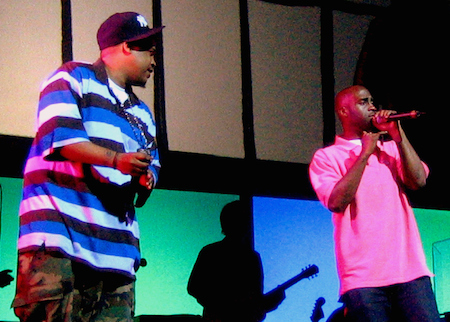 You know that De La Soul drops a new album this week right? It was originally launched via Kickstarter back in March 2015 and in no time flat reached the $110,000 funding goal. I do mean NO TIME FLAT y’all – it took about 24 hours. There are a lot of passionate De La Soul fans out there.

I’m one of those fans. I’ve seen De La in concert several times and I don’t ever think I could see them live enough. If I had the time and money I’d own every single they ever dropped on vinyl, original print run and not re-issue, but I don’t think that’s meant to be (I Am, I Be). What is meant to be though is this top ten list celebrating the long awaited album finally dropping in stores and for all of us thirsty Kickstarter backers who wanted more than just a sip. Honestly limiting it to ten doesn’t even do De La justice but it forced me to make hard choices and I do love a good challenge. Here we go…