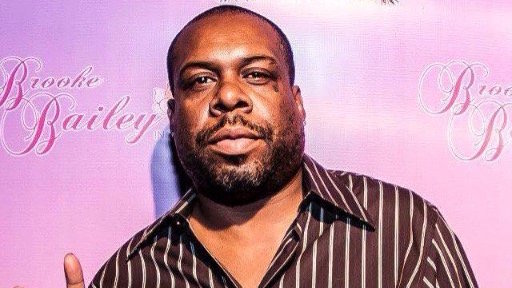 Roger McBride, better known as King T (the great), has been one of my personal favorite emcees for 25+ years. I honestly think he would be held in much higher esteem if he was more prolific, but with only seven albums during that span (one being a “Greatest Hits” collection) his own output has hurt him. To be fair that’s not entirely his fault though because his Dr. Dre produced album “Thy Kingdom Come” was shelved when it WOULD have been released in 1998, as Dre apparently decided the magazine reviews on advance copies meant putting it out would have hurt his reputation.

Nothing can hurt T in MY estimation though. The late Keith Elam once said it’s mostly the voice that gets you up, and T has that booming Compton baritone that takes command of any tracks he’s on, grabbing your ears and never letting go. Even with the limited amount of exposure I could get to the West coast living in the rural Midwest in the 1980’s, songs like “Bass” and “Act a Fool” still managed to bridge the gap thanks to outlets like MTV. It’s probably an editorial for another day, but there was a time when the hip-hop video wasn’t just a write off for your record label or an attempt to go YouTube viral, it was actual EXPOSURE for artists. Thanks to his friendship with Tha Alkaholiks (who are featured in this top ten) that exposure never went away and my appreciation for T only grew over time. So BOTTOMS UP hip-hop heads, let’s get down with TLa Tha Great on these ten tracks.