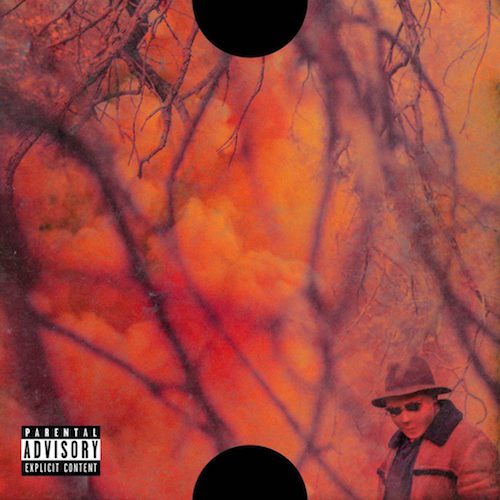 ScHoolboy Q is a known factor by now but on the off chance you’ve somehow never heard of him before here’s a quick primer. Q was born on a military base in Germany, and since his parents divorced before he was even born, his mom named him Quincy Matthew Hanley and allegedly gave him a brand new last name at random. Even though he’s been a California kid for as long as he can probably remember, Q spent a couple of years of his young life in Texas after mom returned from Europe. Eventually he settled on 51st street in L.A. and once he was old enough to roll with the O.G.’s in his neighborhood he was a 52 Hoover. Years of small time petty crimes and run-ins with the law were to follow even as he “stayed legit” to a degree by finishing Crenshaw High and going to community college afterward.

Thankfully Q’s talents as a lyricist and performer, first discovered when he was 16 years old, would eventually lead him away from a life of struggle to a life of musical hustle once he linked up with Top Dawg Entertainment. Sure he’s had the same share of petty charges any popular rapper seems to get (marijuana posession and the like) but he spends most of his time recording, touring and stacking chips these days. Having a daughter in 2010 was also undoubtedly a good influence on him and you can see and hear her on Q’s “Oxymoron” album. As his popularity has continued to incease thanks to hits like “Hands on the Wheel,” “Man of the Year” and “Break the Bank” he’s also made bigger connects in the industry outside the Top Dawg family, as witnessed by Kanye West on “THat Part” from his latest “Blank Face LP.”

It seems that Q is not just branching out to other coasts but to other mediums of presentation as well. A slew of videos from the “Blank Face LP” have come across more like a mini movie than clips to promote his singles, and I wouldn’t be surprised if virtually every part of “Blank Face” eventually had a cinematic presentation. Q is “that dude” at this point who has both the ambition and the budget to do virtually anything he wants, so it’s hard not to sit back and just enjoy the seemingly autobiographical clips like “By Any Means” and “Tookie Knows.” If they’re not necessariy about him, they’re certainly about somebody he grew up around or knew with life experiences that were similar to his own – and now he gets to pair those experience with visuals.

What’s it all mean though? That’s not an idle question – I mean I’m actually trying to discern what Q’s point is here. Is he trying to tell a cautionary tale of what it’s like to get caught up on the hustle? “I was out here selling dope at 14, what it do?” raps Q on “JoHn Muir,” and what it did was have him “running from the CRASH unit” on a regular basis. It doesn’t seem like he’s out here advocating his experiences as an example to follow or coming across like a role model. In fact the end of the “JoHn Muir” video is not what I’d call a “happy ending” at all and if this was a movie it would be even less glamorous than Tony Montana’s finale in “Scarface” – at least he blew some people away first.

Even the name “Blank Face” seems to imply that Q is trying to protect both himself and his friends here, adding a shield of anonymity to anything he says and does, so in the end he can proclaim it’s all fictional. The good news is that the autobio is compelling and so are his guests – E-40 on “Drug Dealer,” Tha Dogg Pound on “Big Body” and Anderson .Paak on the title track just to name a few. I suppose that when you say “the good news” you’re also supposed to balance it with “the bad news” but there’s nothing BAD here really other than it almost seems too easy for Q at this point.

Earlier in his career Q seemed to be the voice of an overlooked generation, someone not quite young enough to be a “millenial” but not quite old enough to be “old school,” born in the 80’s and came of age in the 1990’s on the influential artists of the day. You can hear everything from cohorts like Kendrick Lamar to storytellers like Nas in his delivery, a surprisingly bicoastal but always hella California gruff attitude and flow. Influenced by many but perhaps literally fathered by none, ScHoolboy Q remains an intriguing enigma whose ambitions presently know less limits than Percy Miller.