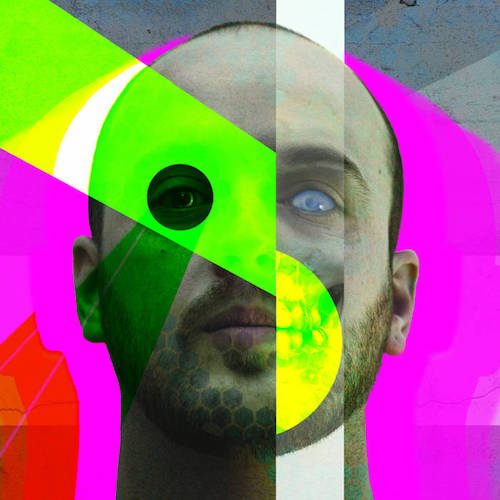 Extra Kool has quietly been building up his catalogue both as a soloist and as half of Optik Fusion. If you go looking for him you’ll discover a few reviews of his work right here, or you might come across a press kit that describes him this way: “An archly fearless live performer, Extra Kool challenges his audiences with an unwavering stare and a direct and hauntingly intense vocal delivery.” I’m sure that’s all true but I’m too old to do most of the things patrons do at concert these days – drink in excess, stand way too close to the speakers and thrash around, and coming home just SMELLING like a bag of chronic is unpleasant to my wife let alone if I was trying to make Clinton-esque “I didn’t inhale” excuses.

Yeah that reference proves I’m old, but so does Extra Kool rapping about his “Herbert West Starter Kit.” He’s referring to a series of horror movies that came out in the 1980’s, which would be in my pop culture wheelhouse were it not for the fact it was rated R and not allowed for the young Flash. My exposure to this horror flick actually came much much later at a Days of the Dead convention, probably the only place I’m even more out of place at than a hip-hop show. At least at a rap show I’m the nerd who likes rap, while at a horror con I am the furthest thing from an expert even though I enjoy the occasional “Days of the Dead” or “Halloween” movie – particularly during the month of October. ‘Tis the season for spooks and ghosts after all so perhaps this is the appropriate song to start a review of Kool’s “Eight” on.

“Feeling comfy, laid out on the ottomon
Tryin to get excited with a pocket full on Klonopin
No endorsements, no heavy artilleries
No fancy scripts, just soft pillowed calligraphy
Feeling fancy, having no faith in overtime
Still phantom on these tracks give ’em that old fashioned frosty eye
I suppose these words could cut my oxygen
Turn pistols front grin never on point like a bobby pin
But that’s the point, best to go ask of these coffin kids
Time to turn page on my Herbert West starter kit”

The beat is produced by Kool’s part time Optik Fusion partner Satyre, who also laced the joint “Still Broke, Still Standing.” My favorite instrumental may be the Fox Beats “I Already Knew That!” though. It starts out as a fairly quality drum and piano affair with sped up vocal samples, but it adds in a very heavy bass and some solo guitar licks that take it up a few additional notches while Kool raps that he’s “loved and lost” and that it’s “hard to turn the bitter off.” If you hadn’t already guessed it he’s a fairly somber rapper, and the fact he’d drop a Klonopin reference might even suggest he’s depressed, and if that wasn’t enough for you to think he’s dark he ends the song with “I’m never gonna go pop, I already knew that/I’m never gonna be big, I already knew that… I’m never gonna change in life.” Damn.

If you don’t mind the harrowing narrative of Kool’s rap, where his advice on relationships is “pull yourself a Stanley Kubrick/do like I did and find yourself a new chick” and his advice on finding a direction in life is “I beg you build that bridge/now smash your compass kid” then Extra Kool might be the man for you. Even though darkness abounds and horror references are not out of place, “Eight” never quite transcends into gimmickry or a parody of the horrorcore that dominated hip-hop for a cup of coffee. Special guests like the aforemention Satyre on “Star Bellied Sneetches,” Time on “Oh, My My” or Onry Ozzborn on “Phantoms” keep it an interesting listen for the half hour plus running time. It’s worth taking a listen to see if Kool’s melancholy methods of madness are compatible with your eardrums.