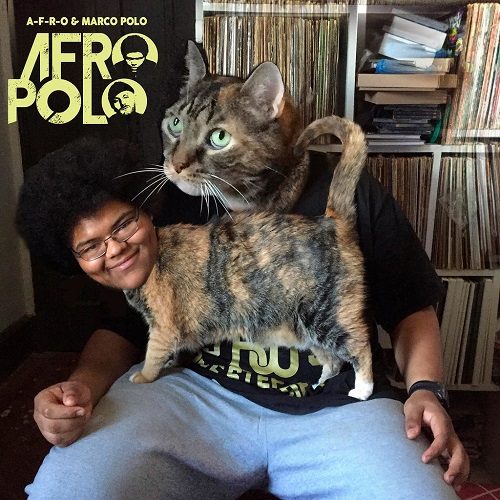 Let’s take a sec to think back. If you remember renowned freestyle rapper Supernatural’s 2003 record “The Lost Freestyle Files” (because who could forget), or battle rapper Iron Solomon’s failed transformation in to a recording artist, you’ll be cautious of a freestyle rapper releasing music, and rightfully so. A-F-R-O is a 17 year old emcee who seems to be a favorite within hip hop circles because of his ability to spit off the dome using objects around him. I saw him perform with RA the Rugged Man, Locksmith and Eamon at a Pharoahe Monch show and while the novelty of freestyle rap is impressive in a live setting, it’s difficult to replicate that spur-of-the-moment feeling on record, as highlighted by the examples above.

A-F-R-O’s age is the best and worst part of underground Hip-Hop: on the one hand it’s refreshing to hear a teenager who clearly admires legendary emcees such as Pharoahe Monch (who features on “Swarm”), but on the other, it means there’s a lot of talk about his dick. Sounding like a cross between C-Rayz Walz and King T, his voice is enjoyable when paced slower, and also means his lyrics tend to make some sort of sense. When attempting the lyrical gymnastics that his mentor RA the Rugged Man is renowned for (and arguably the master of), he resorts to incoherent filler without the reward of a punchline.

The Halloween-themed “Nightmare on Fro Street” sees A-F-R-O excel lyrically, as it forces him to focus his writing abilities. Rhyming “hiding in the shed” with “night of the living dead” and “spider in the web” is where A-F-R-O puts his talents to best use. There’s also a glimpse at the teenager’s more thoughtful side on “Use These Blues”, with a markedly different delivery too. Each track tries something different, so while Marco Polo is as consistent as ever, the rhymes veer from horror stories (“Lair of the Black Worm”) to over-the-top misogyny (“Sunshine and Flowers”) to outlandish science fiction (“Fro Armstrong”).

A-F-R-O has tried his hand at various different topics on “A-F-R-O POLO” but it remains unclear what his identity will develop in to. With more focus on future projects coupled with inevitable maturation, A-F-R-O could be a special emcee in 5-10 years time, but for now, his raw talent is only partially tapped in to on these Marco Polo beats.